News Release From The White House 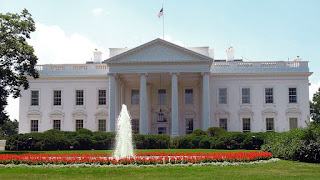 This Thursday, President Obama will meet with Republicans and Democrats from both houses of Congress to discuss how to finally give the American people and small business owners more control over their health care choices.

To make this meeting as productive as possible, the President won't be coming empty-handed. He'll bring to the table a health insurance reform proposal that does just that.

The proposal reflects a broad array of input, including the best parts of bills passed by the House and Senate. In addition, on top of some of the Republican concepts that were already in these bills, the President includes even more Republican ideas -- some taken directly from their proposed legislation. Of course, he has also put in more than a few ideas of his own.

There are a few key components of the President's Proposal you don't want to miss:
• It sets up a new competitive health insurance market giving tens of millions of Americans the exact same insurance choices that members of Congress will have.
• It brings greater accountability to health care by laying out commonsense rules of the road to keep premiums down and prevent insurance industry abuses and denial of care.
• It ends discrimination against Americans with pre-existing conditions.
• It puts our budget and economy on a more stable path by reducing the deficit by $100 billion over the next ten years by cutting government overspending and reining in waste, fraud and abuse.
• It provides the largest middle class tax cuts for health care in history, reducing premium costs for tens of millions of families and small business owners who are priced out of coverage today.

The President's Proposal also features some key improvements to existing issues you might have heard about:
• For America’s seniors, the proposal closes the Medicare prescription drug "donut hole" coverage gap.
• It improves insurance protections for consumers and creates a new Health Insurance Rate Authority to address unreasonable insurance rate increases and other unfair practices of insurance plans.
• A provision that gave additional funding to Nebraska to help the state expand Medicaid coverage now includes all states.

It is important to understand that this proposal isn’t meant to be the final say on the legislation. At Thursday’s bipartisan meeting, the President will continue to work with members of both parties to find common ground and look for the best ideas that will help American families and small business owners have greater control over their own health care. 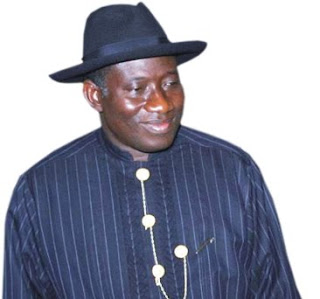 This lack of knowledge of a definite date, we learnt, did not stop the Acting President from making logistics available to the President's family. For instance, even though the Saudi King would still have made his private Air Ambulance available for the President's journey, he however, requested that the Nigerian government should officially request for it, which we learnt authoritatively that the Acting President did.

A low level but strategically placed contact at the Nigerian Army Headquarters informed us that the Acting President signed the instrument for the deployment of soldiers to the Airport at about 5.13pm on Monday 22nd february 2010. chidi opara reports was not able to access this instrument at the time of preparing this report.

We can however report that at the moment, the Acting President is still reaching out to the Yar'Adua group with pledges of  loyalty and co-operation especially in the forthcoming Crude Oil licenses bids. We also learnt that though the group does not trust the Acting President, they have however resolved to work with him.

An unconfirmed information at our disposal has it that there is a plan by an International crude oil syndicate with a cell in Nigeria, who have benefitted immensely from the Yar'Adua Administration to sponsor a military take over of government if Yar'Adua is edged out of government. This plan is allegedly been cordinated by an Italian Oil and Gas tycoon based in Portharcourt, Rivers State.
Posted by PublicInformationProjects at 01:58 No comments: