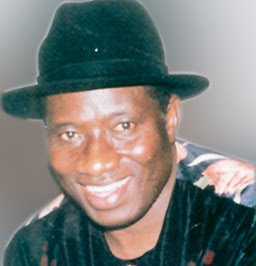 All patriots must be worried by the negotiations alleged to be currently going on between the Acting President, Dr. Goodluck Jonathan and Alhaji Umar Yar'Adua's loyalists led by the Agriculture and Water Resources Minister, Dr. Sayyadi Abba-Ruma, on how to protect the political and business interests of Yar'Adua's political and personal family under a Jonathan presidency, and how to continue to guarantee protection against prosecution to a former South-South Governor who has become a serious embarrassment to the nation's so-called fight against corruption, but had hitherto enjoyed Yar'Adua's protection.

We must remind the Acting President that history has presented him with a unique opportunity to have a clean break with the do-nothing, corrupt style of Yar'Adua and provide a drastic change of direction towards more purposeful governance.

He should not squander this opportunity by allowing his regime to be entrapped and impeded by those same agents of retrogression and corrupt self-accumulation that rendered the Yar'Adua regime such a pitiable failure.

He should know that as President, even if still acting, he does not owe Yar'Adua or his political or personal family anything, but he owes Nigerians everything, the provision of good, people oriented governance, free from corruption.

He must know that his mandate is to serve all Nigerians and not the interests of a greedy cabal, and in doing so, he must exercise his constitutional freedom to choose his own ministers and be ready to accept full responsibility for their performance.

Mr Jonathan must now show that he has what it takes to be the kind of President that Nigeria needs at these times.