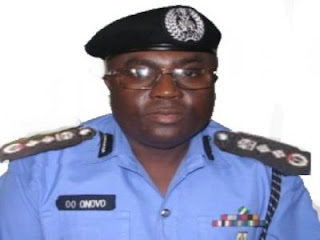 The Democratic Peoples’ Alliance (DPA) has urged the Lagos State Government and the Inspector-General of Police to use the 30-day reprieve given by cattle dealers and foodstuff merchants to urgently dismantle structures facilitating double taxation and extortion by their officers.

DPA asked the Lagos State Government, Nigerian Police Force and other agencies to henceforth treat transporters of livestock and foodstuff as essential services in the category of petroleum tankers.

However, noting that food prices had since skyrocketed to about 500 percent in some cases even after the strike ended, Lagos DPA in a statement by its Director of Publicity, Felix Oboagwina, encouraged the traders to lower rates to pre-strike levels.

In the words of DPA: “We sympathise with pepper, cabbage and cattle traders in this fight against corruption and oppression. But they must realise that since their strike was voluntary, they also have a price to pay because any exercised rights come with commensurate responsibilities. These lingering price hikes mean that consumers suffer double jeopardy. Leaders of the traders should draw satisfaction from the fact that they have attracted the attention of relevant authorities and their cause is being handled at the highest quarters.”

Describing the traders’ grievances as not only legitimate but reasonable, the party urged relevant authorities to immediately attend to them.

According to DPA: “All the relevant agencies, including the police, Customs, agriculture produce inspectors, NAFDAC, NDLEA, LASTMA, Federal Road Safety Commission and local governments must come up with a holistic solution for all the bottlenecks that have turned the freighting of goods in our society into a nightmare. For starters, concerned governors must partner with all these people to lead serious initiatives to disband roadblocks in the food distribution chain in these states.”

However, the party blamed the present crisis on the fact that police and relevant traffic agencies had lost focus on why they were on the highway.

“How do we explain the fact that between the Ogun-Lagos border at Berger Bridge and Mile 12 foodstuff bulk depot there are these many checkpoints? It is criminal,” DPA submitted.

The party urged the Lagos State government to immediately embark on reorientation of LASTMA traffic officers, to ensure they concentrated on their primary assignment of keeping traffic flowing smoothly, instead of deviating to the “more lucrative” pastime of arresting wayfaring vehicles.

The party further urged Lagosians to empathise with the traders’ struggle and not to view it as sectional, but a fight against the tyranny of crooked people in authority, which would finally benefit the common man.

“We should realise that in other climes food is about the cheapest commodity,” the party said. “In fact, in some countries there is zero-taxation on food, with agricultural produce heavily subsidised and full insurance cover guaranteed to encourage food producers. Why can such not obtain here for the welfare and well-being of our people?”

The party accused the Lagos government of displaying impunity by failing to act on previous petitions and court orders the traders dispatched on the issues.

According to DPA, “It must be recalled that Liberians revolted against Samuel Doe over rice, Algerians undertook the Bread Riots, and the French Revolution began to stem high food prices and eventually overthrew the monarchy. Similarly the famous Tea Party in the colony of America began over the taxation and high charges imposed by Britain on the commodity.”