News Report: Pope Says "I am truly sorry for the harm done to generations of Irish Catholics" 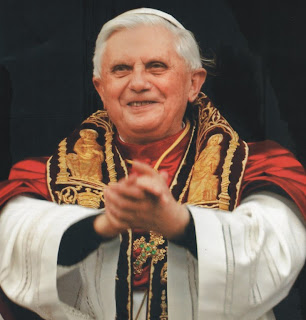 Pope Benedict XVI has rebuked Irish bishops for "grave errors of judgment" in handling clerical sex abuse and ordered a Vatican investigation into the Irish church to wipe out the scourge.

There was no mention of any Vatican responsibility in the scandal and no specific punishments doled out for bishops blamed by victims and Irish government-ordered investigations for having covered up years of abuse.

In a pastoral letter to the Irish faithful, Benedict said: "I am truly sorry" for the harm done to generations of Irish Catholics who suffered "sinful and criminal" abuse at the hands of priests, brothers and nuns.

"It is understandable that you find it hard to forgive or be reconciled with the church," he said. "In her name, I openly express the shame and remorse that we all feel."

Benedict used his harshest words for the abusers themselves, saying they had betrayed the trust of the faithful, brought shame on the church and now must answer before God and civil authorities.

"Conceal nothing," he exhorted them. "Openly acknowledge your guilt, submit yourselves to the demands of justice, but do not despair of God's mercy."

Benedict faulted their superiors, the Irish bishops, for having failed "sometimes grievously" to apply the church's own law which calls for harsh punishments for child abusers, including defrocking them.

But he didn't rebuke them specifically for having failed to report cases of abuse to police, saying only that serious mistakes were made and that now they must "continue to cooperate with civil authorities."

"I recognize how difficult it was to grasp the extent and complexity of the problem, to obtain reliable information and to make the right decisions in the light of conflicting expert advice," Benedict wrote.

"Nevertheless, it must be admitted that grave errors of judgment were made and failures of leadership occurred. And this has seriously undermined your credibility and effectiveness."

While the letter doled out no punishment for the bishops, the pope did order a Vatican investigation into some diocese, seminaries and religious orders. Such a move is undertaken only when Rome considers a local church unable to deal with a problem on its own. The Vatican ordered such an "apostolic visitation" into U.S. seminaries after the U.S. clerical sex abuse scandal exploded in 2002.

The results of the Irish investigation could lead to further action.

In the letter, the pope said merely that while bishops committed errors in the past, the church's leadership had already begun to remedy past mistakes.

Victims have been demanding that bishops resign, and three Irish bishops have offered to step down. Benedict hasn't accepted the resignations.

Asked why there were no punitive provisions contained in the letter, Vatican spokesman the Rev. Federico Lombardi noted that the letter was pastoral, not administrative or disciplinary in nature, and that any further measures concerning resignations would be taken by the competent Vatican offices.

Three Irish government-ordered investigations published from 2005 to 2009 have documented how thousands of Irish children suffered rape, molestation and other abuse by priests in their parishes and by nuns and brothers in boarding schools and orphanages. Irish bishops did not report a single case to police until 1996 after victims began to sue the church.

The reports have faulted Rome for sending confusing messages to the Irish church about norms to be followed and, in general, for what it called the absence of a coherent set of canon laws and rules to apply in cases of abuse.

Benedict's letter addressed only the scandal in Ireland, not the other cases of abuse which have recently come to light in other countries across Europe, including in the pope's native Germany.

Lombardi acknowledged the other cases but said the Irish scandal was unique in its scope and in what the Vatican has already done, noting that the pontiff last month met with Ireland's bishops. But he said that obviously the letter could be read to apply to other countries and individuals.

As the reports have multiplied in recent weeks, many church authorities have noted that child sexual abuse is not unique to the Catholic Church, and they have defended the church's prevention strategies taken to combat it as effective.

But Benedict said it wasn't enough to argue that abuse is widespread in society at large. He said the Irish church must now address the problem that has occurred in the Irish Catholic community "and to do so with courage and determination."

The seven-page letter was divided into sections directed at particular groups: the victims, their parents, their abusers, the bishops and the Irish faithful as a whole. Addressing himself first to the victims, Benedict said he understood that nothing he could say could undo their pain. He equated their wounds with those of Christ, and said he hoped that they find the courage to find faith.

"Christ's own wounds, transformed by his redemptive sufferings, are the very means by which the power of evil is broken and we are reborn to life and hope."

The letter concluded with a prayer for the faithful to meditate on as they work to try to rebuild the church.

"May our sorrow and our tears, our sincere effort to redress past wrongs, and our firm purpose of amendment, bear an abundant harvest of grace for the deepening of faith in our families, parishes, schools and communities, for the spiritual progress of Irish society, and the growth of charity, justice, joy and peace within the whole human family."

(From the Associated Press)
Posted by PublicInformationProjects at 08:27 No comments: