News Report: Dora Akunyili May Not Make It To Nigeria's New Cabinet 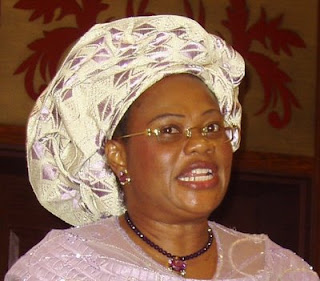 The erstwhile Nigerian Minister of Information and Communications, Professor Dora Akunyili may not make it to the new cabinet to be constituted soon by Nigeria's Acting President, Dr. Goodluck Ebele Jonathan.

chidi opara reports was reliably informed that the former Minister, whose controversial memo to the last Executive Council of the Federation(EXCOF), requesting the body to take decission on the health status of President Umaru Yar'Adua, offended some powerful interests, is reported to be finding it difficult to lobby her way into the new cabinet. Akunyili and forty-one others lost their jobs in a recent cabinet dissolution.

The former Minister's lobbyists which included a chieftain of the apex Igbo socio-cultural organization, "Ohaneze ndi Igbo", could not get the ears of rtd. General Ibrahim Babangida on a recent visit to his mansion in Minna, Niger state. Babangida we learnt, rather detailed one of his junior aides to hear the lobbyists out. Dora Akunyili is from the Igbo ethnic stock.

Worse treatment was said to have been meted out to the former Minister's lobbyists at the residence of rtd. Lt. General Theophilus Danjuma in Abuja. "They were hardly allowed into the compound", a contact close to the "Ohaneze ndi Igbo" chieftain confided in chidi opara reports. Danjuma is the chairman of the recently inaugurated Presidential Advisory Committee(PAC).

Even former President Olusegun Obasanjo, who is known to have facilitated Dora Akunyili's inclusion into the last cabinet is reported to be keeping a safe distance from the controversial ex Minister. Some Obasanjo insiders who spoke to some of our network members however assured that the immediate past President's current attitude to the erstwhile Information and communications Minister was a ploy to deceive the anti Akunyili elements who are bent on fraustrating her coming back. "Let me assure you that Madam's name will be on the final list", an Obasanjo insider volunteered to chidi opara reports in Abeokuta yesterday.

Our checks in the South-east have also revealed that governors from the region where the former Minister hail from, are opposed to her coming back. They, according to unconfirmed information at our disposal  are accusing her of being too independent minded.
Posted by PublicInformationProjects at 07:21 No comments: