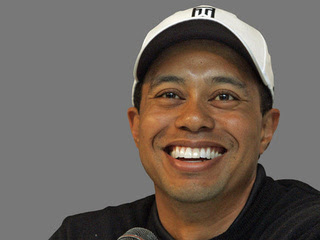 Tiger Woods is scheduled to hold his first press conference in nearly five months on Monday, April 5, at 2 p.m. according to a tentative interview schedule that Augusta National released Wednesday.

It will be his first time facing a room full of reporters since he crashed his SUV into a tree on Nov. 27, setting off shocking revelations of rampant infidelity.

The Masters only recently began conducting a press conference on Monday of tournament week, usually a player with only moderate news interest because most of the media is not there yet.

Arnold Palmer, one of the most popular players in golf history, suggested that Woods be more open with reporters.

“It’s up to him to do and say whatever he feels he needs to do to redeem the situation, put it in the proper place,” Palmer said. “ ... I suppose the best thing he could do would be open up and just let you guys shoot at him. And that’s just my thought.”

(From The New York Post)
Posted by PublicInformationProjects at 09:02 No comments: