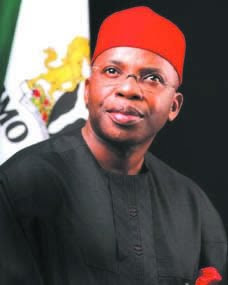 We want to use this opportunity to express our concern for what is happening in our beloved state, Imo. It is the will of God that you represent us in the House and what we expect from you is beyond rhetorical speeches. You certainly know very well that our state at the moment lacks visionary leadership. Do not forget the common adage that to whom much is given, much is expected. Imo people hope that you cannot afford to disappoint them because you have all it takes to move the state forward without losing anything. Like others in the past did, this is the dawn of a new era and an opportunity for you to leave a legacy behind for generations unborn. Remember money is not the end of everything.

We are sure that you are aware of the fact that corruption is the worst disease that has ravaged Imo state in the past two or three years. No progress can ever be made in Imo state with the present high level of corruption. We, your brothers and sisters in Diasporas are disturbed and worried when we read and hear the way corrupt public officers parade and advertise their wealth when millions of Imo people live in advent poverty. The time has come for us to tell ourselves the bitter truth, the people of Imo state both at home and abroad have lost faith in our governor and his government. We cannot at present trust him.

In government, your followers have to believe in you and one of the ways to do that is to create a trustful conducive atmosphere by not indulging yourself in those things that will make people around you to be suspicious of you. Honourable members, time has come for you to act. We elected you so that you can check mate the governor and his executive and live by example. Our governor is disgracing us. He has given our friends in Diasporas the opportunity to laugh at us. You certainly have nothing at stake if you bring our governor, Mr Ohakim to order. The immediate hope for Imo people is to see that you have drastically reduced corruption and usher in the air of orderliness which will pave the way to properly fight the endemic corruption that has plagued Imo state for too long mud and which brought poverty to the masses since the inception of Ohakims government. Arresting and detaining innocent citizens of the state and those who have the courage to speak out will not solve the problem of the state.

Furthermore, we would like to use this opportunity to ask you the Honourable members to render a well-worded apology to our sister, Her Excellency, Mrs. Patience Jonathan the wife of the Acting President of the Federal Republic of Nigeria for the statement the First Lady of Imo state , Mrs Chioma Ohakim made when answering questions from Imo state citizens in Imo House here in London earlier in the year about her special relationship with the Yar’Aduas and the president continous absence . By saying that Mrs. Patience Jonathan want to reap from where she did not sow and by saying in her words “As a mother and a wife I expect her [Mrs. Jonathan] to pray for president Yar’adua to return to Nigeria healthy not parading herself as First Lady in waiting.” This portrays our first lady Mrs Chioma Ohakim as an arrogant, self-indulging person. We ask the Honourable members to invite Mrs Chioma Ohakim to withdraw this comment as it puts Imo Citizen in a bad light.

We shall further implore you to invite our face seeking first lady to distance herself from the comment associated to her during this gathering when her comment was paraphrase as referring to our acting president Mr Jonathan when she said: that there is no need for sycophants going into politics when they have nothing to offer to the electorates and that all opportunists are bound to fail. Urging all present to rise against opportunists and sycophants by using all our contacts abroad was a display of desperation. She was correct in saying that the international community will listen to Nigerians in the Diaspora more than those at home but we emphasis that this cannot be used to intimidate or bring down our own country.

We have long time written a complaint letter to our state governor, Chief Ikedi Ohakim to caution his face-seeking wife. We have to distance ourselves from such comments because someone who lives in a glass house should not throw stones. We humbly ask you to join us in condemning such utterances from our first lady, Mrs Chioma Ohakim.

May God bless you all.