News Rlease: Re: The Press Release About The “Enough Is Enough” Coalition By The Lagos State Commissioner Of Information 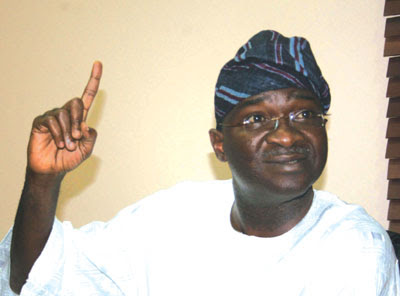 Our attention has been drawn to a press release issued by the Commissioner for Information in Lagos State, in response to the Enough is Enough Nigeria youth protest in Lagos on Tuesday April 13. In the release the Commissioner said: "It is however curious that no government functionary was informed of the visit to the Alausa seat of government by the officials of the Enough is Enough group".

This is not true. A letter was sent to the Governor’s Office, which was acknowledged by the Governor's Chief of Staff on March 30th 2010, two weeks before the protest. As a matter of fact, our letter to the police was sent at the same period, and the police promptly responded, and provided adequate security on the day of the march.

The protest, as we noted in our letter to Governor Babatunde Fashola, was not about the governor, and our campaign is way beyond Governor Fashola, or any other individual. It is a national campaign, working against a system that has among other things, made it easy for government officials to ignore the electorate. And we are committed to making sure that the youth vote counts in the 2011 elections.

We are not a political organisation, and we have no affiliations with any individual, group of persons or political party. It is in fact because of this that, when we were courteously invited by the Speaker of the Lagos House of Assembly to receive us in the absence of the governor, we declined; because we have no interest in Lagos politics.

Many young people who were in that march continue to support Governor Fashola as he continues to transform Lagos State. In fact many of us have organisations that have partnered with and/or supported/commended his efforts. However this was clearly a failure of processes in his offices, and, as a group, it is our hope that these errors will be corrected in future and that young people will be taken more seriously.

Cheta Nwanze
On behalf of the Enough is Enough Coalition.
Posted by PublicInformationProjects at 01:19