News Release: Lawyer To Petitioners; “EFCC & Others Are Duty Bound To Arrest Ibori’ 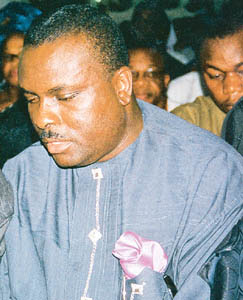 Yesterday, 20th of April, 2010, it was reported that the EFCC and others attempted to give effect to the Abuja High Court’s Warrant of Arrest against the person of Chief James Ibori which proved abortive as Chief James Ibori and his aides were reported to have resisted the arrest hinging their resistance on the premise of a Federal High Court’s status quo order of 19th April 2010.

Based on the above report, we found it imperative on us, on behalf of the Delta State Elders, Leaders & Stakeholders Forum (DSELSF) led by Chief E. K. Clark to state clearly that the reported resistance and argument canvassed for, is not only a misconception of the court status quo order, but also untenable, irrational and a deliberate flagrant violation and disregard to constituted authorities and directives.

We therefore further maintain that the EFCC and other law enforcement agencies, including every right thinking citizen of the realm are duty-bound to arrest the ex-Governor in the extant circumstances, as the much touted statuesque order by the Federal High Court, Asaba only complement, reinforce as well as fortify the warrant of arrest earlier issued on Chief Ibori.

“Status quo” is a latin word which literally means the current or existing state of affairs, that is, the state of affairs which existed previously before the order was given. And if we must ask ourselves, what is in existence that is yet to be vacated before the status quo order? Is a duly drawn Warrant of Arrest of Chief James Onanafe Ibori.

Therefore, when the Federal High Court Asaba, ordered the parties, that is, EFCC and Ibori to maintain status quo, the status quo here which not only the EFCC but all law enforcement agencies as well as every citizen of the realm as people who believe in the rule of law must maintain and ensure its effect is is the arrest of the ex-governor as contained in the duly Warrant of Arrest granted by a competent Court.

As of now, and with the effect of the order of warrant of arrest on Ibori, the ex-governor is a persona non grata and an outcast whom all hands must be on deck to apprehend and brought to justice in pursuance of the Abuja High Court’s Order.

Therefore, when the Federal High Court Asaba, ordered the parties, that is, EFCC and Ibori to maintain status quo, the status quo here which not only the EFCC but all law enforcement agencies as well as every citizen of the realm as people who believe in the rule of law must maintain and ensure its effect is the arrest of the ex-governor as contained in the duly Warrant of Arrest granted by a competent Court.

Chief James Ibori will also as well, be maintaining status quo by presenting himself for arrest in pursuant to the warrant of arrest against his person. 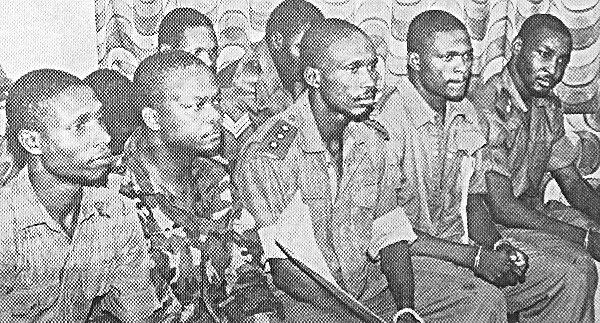 [Orkar: with others during trial] 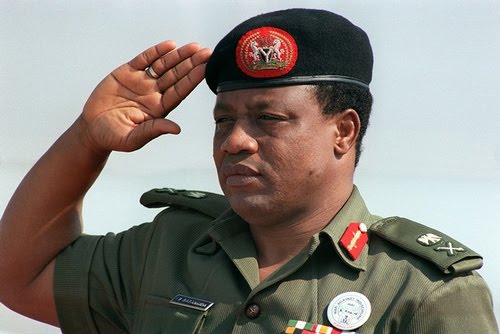 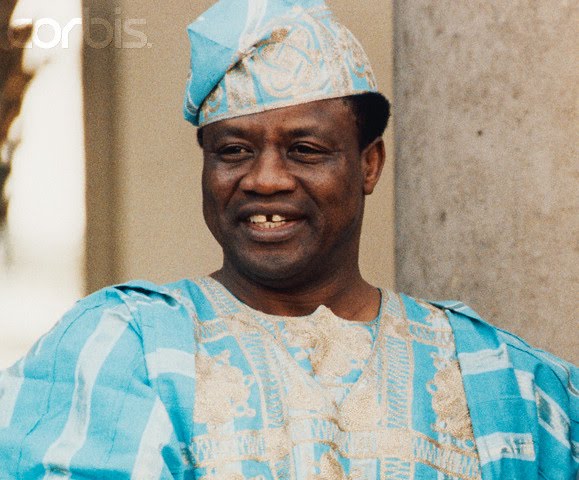 chidi opara reports have been hinted that IBB's opponents backed by the Presidency are poised to ressurect issues of hard drugs and homosexuality raised by the Orkar junta.
Posted by PublicInformationProjects at 07:00

The Democratic Peoples’ Alliance (DPA) has commended the Independent National Electoral Commission (INEC) for dialoguing with stakeholders on the ongoing voters’ 'registration but warned that recommendations must not be rubbished as happened in 2008.


Rising from a meeting of its Lagos State Executive Committee at the party headquarters in Jibowu Yaba, Lagos DPA said in a statement by its Director of Publicity, Felix Oboagwina, that INEC must take seriously observations and contributions made by stakeholders.

Lagos INEC has been convening such parleys at its Birrel Avenue Yaba office with local government chairmen of the political parties, the State Security Service (SSS), community leaders and police in order to ensure a hitch-free 2011 polls beginning with the ongoing voters’ registration.

DPA observed that although crucial contributions were made by participants, INEC must demonstrate good faith by adopting key recommendations from such a forum.

“We hope the Commission will not turn the exercise into a mere talk-shop, where contributions will be shabbily dismissed as happened in the 2008 local government elections in Lagos State,” the DPA statement said. “Of course, we all are living witnesses to the resultant fraud and prejudice that pervaded that election and resulted in one single party unrealistically winning 100 percent of chairmanship and councillorship seats at stake in the 57 local government areas and local council development areas.”

“Voters’ lists are as good as the Commission’s field officers make them; so INEC must put mechanism in place to check officials falling to temptation from unscrupulous politicians and parties,” DPA said.

On its own part, DPA urged members to mobilise for the registration exercise.

DPA representatives to the INEC forums have reported that the Commission complained that mountains of registration cards from previous exercises remained unclaimed.

“INEC must bear the bulk of the blame for this particular problem because it used ad hoc and roving staffers that citizens found difficult to track when they tried to exchange their provisional registration slips for the permanent voters’ cards at the designated registration posts,” DPA said.

Party leaders were told that INEC used the forum to warn politicians to desist from subscribing to electoral thuggery, violence, ballot stuffing and ballot snatching.

However, DPA’s statement said the onus lay on the Commission to implement a free, fair and credible election.

“Every politician knows that rigging starts from voters’ registration,” DPA said, adding, “INEC must tie up all loose ends and ensure that this registration exercise is fraud-proof.”

Meanwhile, the party urged its leaders to mobilise for the exercise those who had clocked 18 years old since the last voter-registration and those who had changed residence.