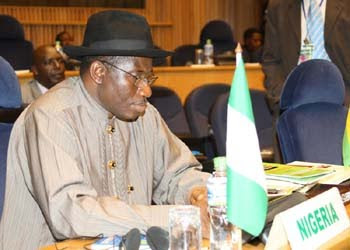 If the scheme of the new Goodluck Jonathan cabal that is now in full control of the Presidency goes as planned, the ailing Nigerian President, Mr. Umaru Yar'Adua would be declared incapacitated soon by the Nigerian Cabinet, recently constituted by the Acting President, Dr. Goodluck Jonathan, to pave way for his assumption of  office as substantive President. The Cabinet under the Nigerian constitution have power to declare the President incapable of performing the duties of the office.

Investigation by chidi opara reports revealed that even though the Acting President have all the powers of President, "hawks" in his Cabinet with the support of some influential Nigerians like Olusegun Obasanjo, Theophilus Danjuma, Edwin Clark and the current National Security Adviser(NSA), Aliyu Gusau, are bent on having the Acting President assume substantive status before  the end of this year, they reasoned that this would place him in a better position of advantage during the 2011 presidential election in which he is planning to contest with Gusau as Vice Presidential candidate,

Presidency insiders hinted chidi opara reports that the plan which have been finalized, but placed under lock and key untill when the time is ripe would be unveiled before the start of the electioneering campaigns.

Further investigation revealed that the Goodluck Jonathan nascent cabal are not ruling out a miraculous recovery of the President soon enough to resume duties, this as expected would revert Jonathan to his erstwhile status as Vice President.

This miraculous recovery, they reasoned would affect the larger plan to have the Acting President continue as President from 2011. Mr. Yar'Adua is reported to be making tremendous progress in his recovery since some moslem "Alfas" were recruit to pray for him.

"Mr. President's health may not permit him to contest, but we have our candidate", a Yar'Adua insider told one of our network members in Katsina last week. The candidate chidi opara reports can report, is rtd. General Ibrahim Babangida, also known as IBB.

The President's foot soldiers are however not relenting in their efforts to forestall attempts to declare their principal incapacitated. The have been approaching some influential Nigerians like Yakubu Gowon, Shehu Shagari and Emeka Anyaoku to prevail on the Acting President not to allow any such plan.
Posted by PublicInformationProjects at 03:19 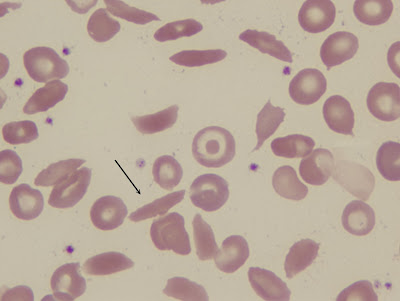 My name is Tosin Ola, I have been a loyal user of Nicosan ever since it was introduced to me in 2007, and this remedy changed my life.

Before Nicosan, I was in and out of hospital on monthly basis, having regular blood transfusions, countless IV sticks and daily pain. But once Nicosan started working for me, the daily pain ceased, and I have not been admitted into the hospital since 2008.

I am very worried, because not only is Nicosan hard to find in the United States, it is very difficult to get in Nigeria as well. I had someone fly to Nigeria specifically for the purpose of getting a supply for his 2 daughters. He spent 3 weeks, and travelled from Enugu to Lagos, to Abuja and Onitsha. He searched everywhere he could; going to every big pharmacy in Nigeria with no success. He came home without a bottle of Nicosan to show for it. He now has to watch his children go through excruciating pain, He cried as he was talking to me on the phone, begging me to procure even a bottle of Nicosan for his children. It broke my heart just telling him that I had none.

My friend in London started taking Nicosan the same time I did. He is a student that is finally able to go to school and have a normal life. Two weeks ago he got admitted into hospital and have not come back home…because he ran out of Nicosan.

Another friend of mine, has been on Nicosan for only 9 months. Now she is in and out of the hospital every week.. Last month, 7 patients in Bahrain died from sickle cell in the hospital because no one treated them quickly enough. If they were on Nicosan, they would not have had to go to the hospital. One Leah died in December from acute chest syndrome…after being healthy for almost a year while on Nicosan.

These are not just stories. There are people that are suffering, dying and living in excruciating pain that you have the power to help. Nigeria has the highest population of sickle cell patients in the world, and I know that every one of you know someone affected by sickle cell. This is not an isolated condition, we are all connected. So you are allowing your own child to suffer, your own daughter to be in pain, your own sister or brother to die because of your indolence. It is criminal that you have the power to cause so many people to suffer and that you do it so heartlessly and thoughtlessly, especially since God has given you the ability to make this painful nightmare a thing of the past.

Every day I get an email from a sickle cell warrior that I introduced Nicosan to, someone who has been able to FINALLY have a normal life, but now have to deal with this all consuming pain yet again. I get letters from people wanting to start Nicosan, but having no chance, because there is none to be had. My friends are falling sick left and right, and asking me to help…and I have nothing to tell them. What excuse will I give them as they lay in their hospital beds wracked in pain? That because of paper pushers, greed, red tape, politics and “mis-communication”, we are all suffering? What should I tell them?

Last month, I ran out of Nicosan. Now I am in the same boat as my friends, waiting for the evil crises to descend on me like a specter of doom. I am afraid of falling sick again, I am afraid of having to go to the hospital, because sickle cell patients are dying in hospitals from ‘sickle cell related complications’ at an alarming rate. Not just here in the United States, but in Bahrain, Nigeria, India, Jamaica and Brazil. There is a huge stigma that exists for sickle cell patients around the world, and every time we pass through a hospital, we are playing dice with death. Why would you allow this to be our fate?

And yet, here you sit, on the best kept remedy for sickle cell in 100 years, as dust gathers at the Xechem factory that could be our salvation. The Port of Lagos has equipment to manufacture Nicosan, rusting wastefully away while you sit behind your desk ignoring all attempts to put this matter to rest. Nine months have gone by since the factory closed; nine months that this lifesaving remedy has been off the market. It’s such a tragedy, and I feel like no one cares about the sickle cell sufferers. For if someone did care, with even an ounce of humanity or decency; I would hope that one would move heaven and earth to start production of Nicosan yet again. The solution is not hard to come by, all you need is to pick up the phone, talk to each other, agree to terms, sign a contract, and GET PRODUCTION STARTED! I am not a business major, but even I know that you cannot recoup an investment or make any future profits by allowing the materials, product, and equipment to fall to waste.

Sickle cell patients are getting desperate, and starting to fall for all manner of crooks who claim that they have ‘a Nicosan-similar remedy’. I was proposed a tea made of the same herbs that Nicosan has, and I am considering it, because I feel like this is my only option.

Some are going to Hydroyxurea, the cancer drug that has shown some success, even though it has a ton of negative side effects and the potential to trigger cancer.

I would not wish this pain on anyone---not even my worst enemy. This is a burden that is mine to bear, as well as countless million other people. And yet, NIPRD came up with this solution, showed us life in the Promised Land, and then you banks brutally took it away. It frustrates and saddens me that 9 months have gone by and the Xechem factory has not been reopened. There is no excuse in the world that should leave millions of people in agony and suffering like this, put thousands of people at the mercy of uncaring healthcare professionals, and push hundreds of people to the brink of death.

I sincerely urge you, to help us in this dire time. We have no way to make Nicosan ourselves, and you gave us Manna from heaven. So please, I am begging you from the bottom of my heart, do not play with my life. Whatever is stopping the production of Nicosan, please find it in your power to remove it. You are our champions, and we need you to help us. I hope and pray that you will be able to overcome whatever obstacles, people or problems in the way and start producing Nicosan promptly, because frankly: all our lives depend on it.

Tosin Ola.
Posted by PublicInformationProjects at 02:38