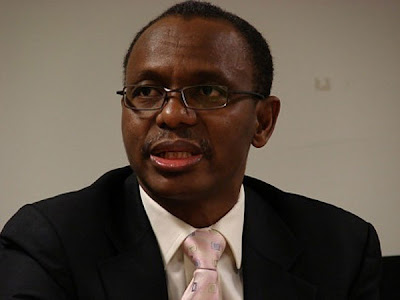 Ever since indications emerged that the ailing Nigerian President, Mr. Umaru Yar'Adua would be declared incapacitated soon by the Executive Council Of The Federation(EXCOF), some political figures from the North have entered the race to occupy the position of Vice-president. It is expected that when the President is eventually declared incapable, the Acting President, Dr. Goodluck Jonathan, who is also the substantive Vice-president would be sworn in as substantive President. Jonathan is from Southern Nigeria.

What gave push to this race was the recent secret meeting between the influential Northern Nigeria political pressure group, Arewa Consultative Forum(ACF) and the Acting President in which we learnt the issue of the President's health was discussed extensively. chidi opara reports can reveal that the forum insisted on being allowed to approach the President's wife first with the option of resignation, failure of which the Cabinet can go ahead with declaring him incapacitated, but contacts close to the first lady told us that she would not consent to the resignation option. We could not however, ascertain at the time of preparing this report if Mrs.Yar'Adua have been approached.

Our network members in Kano, Kaduna and Abuja have however, reported increased political activities in the camps of former speakers of the House of Representatives, Messrs. Umar Ghali Na'Abba and Aminu Bello Masari. These activities, our network members insist are linked to quests for the post of Vice-president under a Goodluck Jonathan Presidency.

Reports also linked the return last week of former Minister of Federal Capital Territory(FCT), Nasir El-Rufai from self exile to his quest for the post.

El-Rufai, an Olusegun Obasanjo protege will have to contend with another protege, Muritala Yar'Adua, the President's nephew and presently the junior Minister of Defence, who is discreetly lobbying for the post. While Obasanjo prefers El-Rufai, "because of his experience and maturity", the Acting President prefers the young Yar'Adua. "He will like to demonstrate his gratitude to the family by choosing their son as his VP", a Jonathan aide told chidi opara reports recently in Abuja.

The ACF whom we learnt are keeping their cards close to their chest, would likely endorse a dark horse for the position.
Posted by PublicInformationProjects at 10:29