News Release: Ondo State Is Not For Sale 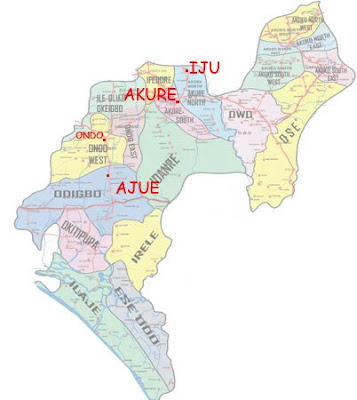 I listened with tremendous aversion to the former President of Nigeria, General Olusegun Obasanjo via a live Radio broadcast on Adaba 88.9Fm, a private radio station, at a Peoples Democratic Party (PDP) rally at Akure where he expressed his surprise of Governor Olusegun Mimiko's legal victory of the 2007 gubernatorial election in Ondo State .

This acknowledgement of the surprise, to me and the Mission I lead is nothing but a confirmation that General Obasanjo is out of tune with reality of what is happening in South West politics, particularly in Ondo state as Dr. Mimiko not only overwhelming won the said election but the Election Tribunal led by Hon. Justice Garba Nabaruma and the Court of Appeal concurrently affirmed the peoples choice of Dr. Mimiko as the Governor of Ondo State.

It should also be recalled that recently after General Obasanjo ordered in PDP rally in Oshogbo that Lagos and Ondo State should be captured at all cost, I invited General Obasanjo an all expensive paid 3 (Three)-Day visit to Ondo state to see the new development brought to the state by the Dr. Mimiko's Administration, I have also hoped that the visit would afford General Obasanjo opportunity to be better informed about the dynamics of the State.

However, General Obasanjo’s latest visit to Ondo State is nothing but a meeting of investments speculators and sleaze moguls hence they should be quickly reminded that Ondo state is not for sale nor to the highest bidder but to those that have the interest of the generality of the good people of the sunshine state at heart.

Nevertheless, General Obasanjo and his associates gave themselves out, as despite spending several hours in the state capital, Akure with several speakers speaking; none of the speakers could tell the people the kind of positive development they want to give to the state if voted to office.

I therefore want to seriously urge the people of the State to state clear out of the Ex-President’s brand of politics as he and his associates have nothing to offer.