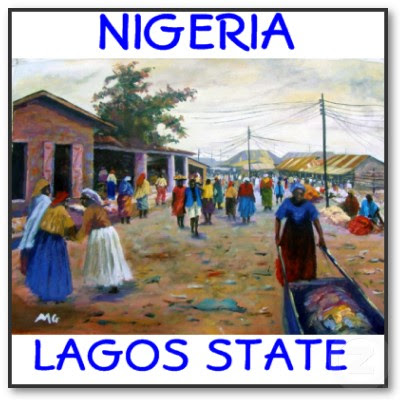 Lagos State’s recent claim that it levies no taxes on food products and livestock entering its territory has angered the Democratic Peoples’ Alliance (DPA), which insists the government must muster the political will to put machinery in place and save merchants from illegal extortions by agencies and thugs.

The party’s statement by its Director of Publicity, Felix Oboagwina, came in response to claims by Governor Babatunde Raji Fashola’s Special Adviser on Taxation and Revenue, Mr. Adeola Ipaye, that food merchants had problems not with the state government but with touts and miscreants levying illegal tolls on the food merchants at the Lagos border.

DPA described as escapist, irresponsible and pathetic the government’s response to a problem that in March forced the traders on a strike that precipitated a statewide food crisis.

“It is not enough for Lagos to wash its hands off the problem and pretend that all is well when actually there is fire on the mountain,” DPA said. “When a duly constituted authority like the Lagos State Government, with all the law-enforcement apparatuses at its disposal, chooses to look the other way while extortion and brute force rule the highways, such a government encourages anarchy, thuggery and institutionalised banditry. It shatters the social contract and contradicts the very essence of government, which is to guarantee the protection of the weak from the strong.”

The party noted that the merchants themselves blamed their woes on officers of Lagos State Traffic Management Authority (LASTMA), Federal Road Safety Corps (FRSC), police, Lagos State Ministry of Agriculture and local governments, whom they accused of extorting sometimes up to N.1 million per trailer load of food or livestock.

“Fashola is the good father of bad children. Today, LASTMA has become a stigma on whatever good work Fashola is doing because much of the time LASTMA officers and men have turned themselves into terrors on the road in their interface with the public, sometimes leading to the death of innocent wayfarers,” DPA said.

Urging the state, the police, the FRSC and other concerned authorities to discipline personnels caught indulging in such extortions, DPA said it would be tragic if the government’s lackadaisical attitude to the case forced the victims to resort to self-help.

According to DPA, “The government and the public must also put the Inspector-General of Police Mr. Ogbonna Onovo and LASTMA Director Mr. Young Arebamen on the spot. What LASTMA especially is doing is not in the character of its CEO who, as Lagos Commissioner of Police, left a good record, a record that surely informed his appointment to the current position. Arebamen should immediately bring his men to order and implement a reorientation for the entire agency.”

The party recalled its earlier recommendations that food and cattle traders be treated as essential services like petroleum products.

Pointing out that food and cattle dealers cut across ethnic lines, the party warned that the matter should not be given an ethnic coloration.

The merchants had in March gone on a strike, which they called off after issuing a 30-day ultimatum that ended in April.

DPA said it would paint the government as irresponsible and callous should the marketers be allowed to strike again after such a long notice.

“LASTMA is a noble idea but it has many bad eggs, like those ones troubling the food trailers between the Ibadan-Lagos tollgate and Mile 12. Fashola must muster the political will to flush such miscreants out of the system,” the party said.

According to the party, the traders had discharged their social obligation of lodging reports with the appropriate authorities saddled with the responsibility of tackling the situation. It wondered whether it would take loss of lives to awaken the government into dealing decisively with the situation.