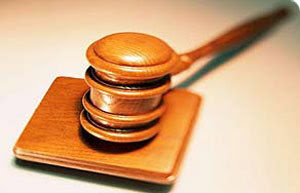 Four weeks into the strike by magistrates in Lagos State over the validity of the Magistrates’ Court Law of Lagos State (2009), the Democratic Peoples’ Alliance (DPA) have suggested ways out of the current face-off between judicial officers and the state government.

Noting that the concerns leading to the crisis were not peculiar to Lagos State , DPA said in a statement by its Director of Publicity Felix Oboagwina that the Judiciary nationwide was currently politicised and there was the need for a judicial system independent of the Executive and the Legislature’s interference.

A simple judicial pronouncement will subsist from the courts and the State Judicial Service Commission asking all concerned to revert to and honour the pre-2009 status quo and revalidate the 2003 law or allow the 2009 law to operate pending the determination of the substantial case,” DPA counseled. “But the vacuum created by the simultaneous abrogation of the 2003 law and the suspension of the 2009 is ill-advised. This lacuna needs to be plugged immediately. ”

The judicial officials had embarked on strike initially over a suit challenging the validity of the Magistrates’ Court Law of Lagos State (2009).

However, because in enacting the new law, the Lagos State House of Assembly had earlier repealed the 2003 magistrate law, the subsequent resting of the 2009 law without the reinstatement of the previous law meant that the magistrates system lacks an operating law or legal cover.

Magistrates complained that because of this lacuna caused by the simultaneous suspension of the 2009 magistrate law and abrogation of the 2003 law, counsels have formed the habit of challenging the jurisdiction of any Magistrate court sitting in hearing or judgement.

In the party’s words: “Lagos has about the most sophisticated and model Judiciary in the country, so the government and the ruling Action Congress (AC) should stop mouthing the mantra of devolution of power and independent judiciary. They should lead by example and give magistrates want they want.”

Judicial officals under the aegis of the Magistrates Association of Nigeria (MAN) embarked on a strike on May 5 to draw the attention of the Lagos State Government and the Judicial Service Commission (JSC) to their demands.

The party called for a quick resolution of the crisis in order to clear the backlog of cases demanding the magistrates’ attention, because “justice delayed for whatever reason is justice denied.”

Describing the issues at stake as fundamental, the party said the government should not see it as an occasion to victimise and intimidate the concerned judicial officials.

The strike has effectively paralysed the courts.

In addition to their misgivings about their operating law, the magistrates also demand adequate welfare, better working conditions, immediate implementation of their 2010 budget, befitting court rooms and security orderlies for their magistrates in view of a spate of attacks on judges.

They also want regular training for their members and provision of stationery for the court.

“These are all matters that should be captured in this year’s budget, or at worst in a supplementary budget,” DPA submitted.