News Release From The White House: Accountability for the Disaster in the Gulf 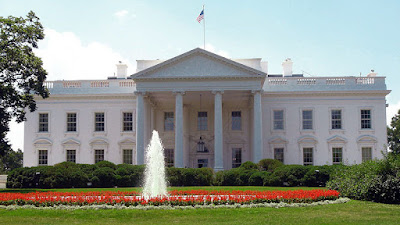 Yesterday, President Obama and I met with former Senator Bob Graham and former EPA Administrator Bill Reilly who will chair the bipartisan BP Oil Spill Commission. The President has tasked the commission with conducting a full and thorough investigation of the cause of the BP oil spill.

As the President stressed in his remarks, the Administration will do everything in our power to ensure the American people never have to face another crisis like this one again:

If the laws on our books are insufficient to prevent such a spill, the laws must change. If oversight was inadequate to enforce these laws, oversight has to be reformed. If our laws were broken, leading to this death and destruction, my solemn pledge is that we will bring those responsible to justice on behalf of the victims of this catastrophe and the people of the Gulf region.

Last week, I traveled with President Obama to Grande Isle, Louisiana. The President heard heartbreaking stories from the Mayor of Grande Isle, David Carmadelle, about fishermen who didn't know where their next paycheck would come from and residents who watched in horror as oil washed up on the shores threatening fragile coastal ecosystems and their way of life.

To be clear: BP is responsible for this oil spill, and we will make sure that BP and any other responsible parties pay not only for the cost of the cleanup, but also for the economic damages suffered by people living in the region whose livelihoods have been affected or destroyed by the spill. We will hold BP and other responsible parties accountable. And where government officials have been too cozy with the oil industry -- a problem that goes back a decade -- we will clean house.

In the coming weeks and months, the bipartisan commission will hold public hearings and request information from the government, experts in the oil and gas industry, and relevant companies with the full support of the President and the Administration. In six months, they will deliver a report to the President with their findings and options developed to ensure that a tragedy like this one never happens again.

In the meantime, we will continue to make every effort and listen to every idea to stop the damage, contain and clean up the oil, and help the people of this region return to their lives and livelihoods.

Carol Browner
Assistant to the President for Energy and Climate Change
Posted by PublicInformationProjects at 10:43