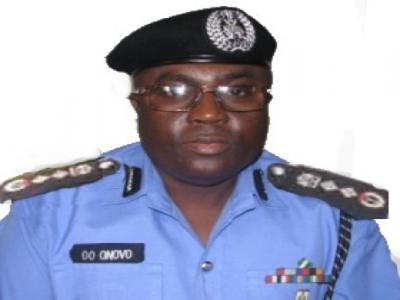 Request For Investigation Into Arbitrary Arrest And Terror Attack Against Save Nigeria Group (SNG) Members In Bayelsa State.

We write to intimate your office with some untoward happenings in Bayelsa State in the last 72 hours, as regards the crude assault by men of the Nigeria Police Force against members of the Save Nigeria Group (SNG) and a terror attack against same by yet unknown persons.

The SNG recently commended the leadership of the Police under you for the unprecedented polish and inimitable refinement with which Section 40 of the 1999 Constitution of Nigeria guaranteeing Freedom of Assembly, and reaffirmed by the Supreme Court of Nigeria, has been complied with in the series of peaceful protests in Nigeria starting with our march in Abuja on the 7th of January 2010.

This new found commendable image of the Police, however, received a deadly blow in Bayelsa State on Tuesday 1st of June, 2010, when the State Command violently swooped on members of the SNG at the White Eagles Hotel and arrested 32 people; some of whom belong to SNG and others who were just lodgers at the Hotel owned by the father of the Coordinator of SNG in Bayelsa, Mr. Tony Nantha Ile.

The account of the incident as given by our members is as follows:-
I. That they were at the Eagles Hotel getting ready for their peaceful rally when about 10 vans loaded with armed Policemen led by the Divisional Police Officer of Ekeki Police Station (B Division) Mr Nemi Iwo, stormed the Hotel around 9:45am, shooting tear gas;

III. That the State Coordinator Mr. Tony Nantha Ile and Mr. Broderick Oyinkore were handcuffed and all others tied together with their clothes, and bundled into a truck amidst severe beatings;

IV. That thereafter, the Police Team went to the home of Tony Nantha Ile’s father next to the hotel and dragged the old man in a state of sickness from his bedroom and took him (Chief Nantha Ile) with all those arrested in a Hilux van;

Explosion At White Eagles Hotel:
Upon their release from illegal Police detention, the SNG members returned to the White Eagles Hotel to take stock of their ordeals. They were struck with awe when an object suspected to be dynamite exploded by the hotel damaging some part of the fence around 8pm, Wednesday 2nd June, 2010. The incident was reported promptly to the Police in Bayelsa State who visited the scene.

Our Prayers:
The SNG calls on the Inspector General of Police to do the following:
i. Investigate the arbitrary arrests of the 32 innocent citizens and their illegal detention. The State Commissioner of Police, Mr Udeka Onuoha should be made to explain the actions of his men;

ii. Fish out the brains behind the explosion at the White Eagles Hotel with a view to bringing the agents of terror to book.

We eagerly await your action on the above.

Thank you.
Yours Sincerely,

Yinka Odumakin
For: Save Nigeria Group