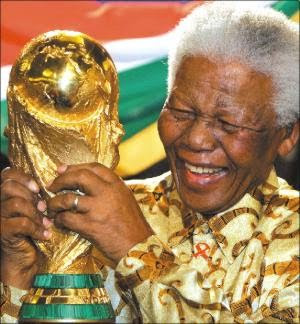 Former South African President and Icon of anti-apartheid struggle, Mr. Nelson Mandela may attend the world cup opening ceremony tomorrow. The nonagenarian, who is down with ailments associated with old age was not initially scheduled to attend the ceremony.

Information available to chidi opara reports has it that top of officials of the South African government are of the opinion that an occasion like the world cup opening ceremony will require the presence of a personality like Mr. Mandela. "Remember that he was involved in the bid for hosting of this world cup", a contact in the Embassy of South Africa in Abuja reminded a chidi opara reports' network member. South Africa is the first African country to host the world cup.

It is not yet clear if Mr. Mandela would be physically present or would speak via audio-visual broadcast.

Officials of the South African Embassy in Nigeria would not deny or confirm this information at the time of preparing this report.
Posted by PublicInformationProjects at 07:49 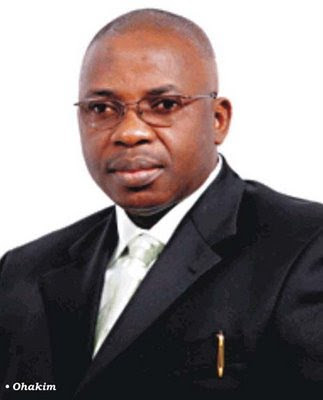 A citizen reporter from Owerri, capital city of Imo state reported that operatives of the Economic And Financial Crimes Commission(EFCC) are in the state to investigation allegations of corrupt practices against the Ikedi Ohakim administration. The report:

"The Economic and Financial Crimes Commission (EFCC) stormed Imo State yesterday evening (7th June 2010) in readiness to perform their constitutional duties. EFCC have arrested Barrister Kezie Ogaziechi who is the commissioner for Local Government and Chieftaincy affairs in the state. He is alleged to be one of the major sources through which Governor Ikedi Ohakim loots state funds.

Chikwem Onuoha is already on the run. He is also alleged to be a conduit through which Governor Ikedi Ohakim launders stolen state funds out of the country. He was the Special Assistant on special duties. He is presently the Deputy Chief of Staff.

Post script: chidi opara reports have not yet confirmed this report at this point in time.
Posted by PublicInformationProjects at 07:41 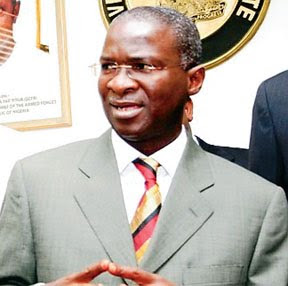 Democratic Peoples' Alliance (DPA) has urged the Lagos Government to pay doctors their withheld salaries and end the ongoing strike by the state's branch of the Nigerian Medical Association (NMA).

Doctors employed in Lagos-owned hospitals began striking last week to push demands for a refund of salaries seized by the government after they honoured a strike called by their national body.

"This particular strike should never have happened and it should be quickly resolved before the Lagos State Government suffers the indignity of national NMA calling out all the state chapters to join in a nationwide sympathy strike as they have threatened. Lagos State should simply pay up and move on," DPA said in a statement by Director of Publicity, Felix Oboagwina.

On the ongoing strike by the Lagos Branch of NMA, DPA said withholding doctors' salaries was vengenful, ill-advised, insensitive, undemocratic and rash.

"How does a democratic government punish workers for heeding a national call to demand better equipment and working conditions in their sector? It is draconian and smacks of a throwback to the Military era," DPA lamented.

According to DPA, the government had shown a penchant for mishandling simple industrial disputes and allowing them to degenerate into full-blown crisis.

"It should have been clear to authorities that selectively enforcing a no-work-no-pay rule in a national strike would draw the ire of the victims. Lagos must stop this habit of wielding the big stick and treating its employees like half-witted kids. The simple rule for industrial harmony is to sit down and talk. The government should learn to pick its fights. There are some fights the discerning mind knows from the onset you cannot win. This is one of them; because universally, workers enjoy a fundamental right to strike without fear of discrimination or victimization," DPA said.

Urging Alausa to act quickly, the party reminded the government that doctors' withdrawal of services meant unnecessary suffering and death to casual OPD and emergency patients.

"It is simply insensitive for the government to allow citizens go through the ordeal of hospitals without doctors because for majority of the people, government hospitals represent a first line of defence," the party said.

But the party urged food merchants to honour their own side of the bargain and ensure the lowering of food prices to reflect the Lagos government's resolve to withdraw agricultural taxes erstwhile levied on foodstuff entering the state.

The party however urged police authorities, who were also fingered as precipitating the crisis, to liaise with other states in order to halt the extortion of food sellers at roadblocks.

"These people risk their lives and limbs to transport cattle and foodstuff from the hinterlands to Lagos . Rather than punish them for their enterprise, the government and security and traffic agencies should encourage them by guaranteeing that they travel seamlessly," DPA said.