Editorial: Overhaul Of Nigeria's Election Commission Would be Dead On Arrival 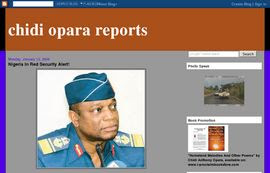 chidi opara reports is of the opinion that the current attempt by Nigeria's President, Dr. Goodluck Jonathan to overhaul the Independent National Electoral Commission(INEC) would be dead on arrival. The sign that informed this opinion is obvious to decerning observers.

The Nigrian Government like its predecessors erroneously believes that successful elections are solely dependent on personalities rather than on systems.

This mindset was largely responsible for the appointment last week of a former unionist and Vice-chancellor of Bayero University Kano(BUK), Professor Attahiru Jega as Chairman-designate of INEC. The Chairman-designate is not known to have occupied any position that exposed him to strategic political engineering in all his career. This experience would have atleast been helpful in the present circumstance. The only thing he appears to be bringing to INEC is his much talked about seveteen-year-old anti-establishment credential.

The previous governments made this same mistake in the appointments of Mr. Michael Ani, rtd. Justice Victor Ovie-whiskey and others, in each of the cases, emphasis was on reputation of the would be helmsman rather than on reformation of the system, the results we all know was failure.

When the Umaru Yar'Adua administration in which the President was Vice-president, received report of the Uwais committee on electoral reforms which recommended fundamental electoral system reforms, there were sighs of relief in patroitic quarters. Vital parts of that report were and still being tampered with. There is likelyhood of this tampered version  being passed into law as Electoral Act of 2010.

It is likely that the Attahiru Jega led INEC would conduct the 2011 elections with this act which would not be fundamentally different from past electoral acts.

chidi opara reports is placing emphasis on system reforms backed by law because every anomaly that have manifested in our electoral system over the years namely: lack of internal democracy in political parties, vote selling and buying, rigging, violence, etc are diractly or indirectly traceable to faulty electoral system and laws.

Unless the fundamental reforms recommended by the  Uwais committee are adopted and promptly passed into law, the current overhaul of the electoral commission would as we said earlier be dead on arrival.
Posted by PublicInformationProjects at 07:59

Democratic Peoples’ Alliance (DPA) has thrown its weight behind Lagos State’s initiative of organising remedial classes for secondary school leaving candidates. The party however urged the government to also pay urgent attention to the dearth of school facilities.


Describing the government’s move as commendable, DPA said it was a fitting response to students’ cry for help.

“This means the state government has finally woken up to the need to heal its ailing education sector,” Lagos DPA said in a statement by its Director of Publicity Felix Oboagwina. “This initiative will significantly assist students to improve their final results, something that will cure despair and encourage good performance.”

However, the party urged the government to pay attention to DPA-initiated investigations last January showing that many public schools lacked basic requisite facilities.

In the words of the party: “With education, it is: Garbage in garbage out; and the government must not lose sight of this. Many Lagos-owned schools lack libraries, toilets and science laboratories. In some schools, we discovered that students have never seen a computer; they only read about them in textbooks. Yet external bodies will conduct examinations testing their knowledge, familiarity and competence with such equipment.”

The party decried the fact that Nigerian governments, including Lagos, had shown a lackadaisical disposition to the fate of the country’s youths, beginning with their failure to meet United Nations standards on education.

“The United Nations must have a good and scientific reason for stipulating that 26 percent of the annual budget be reserved for education. It goes in line with the Yoruba adage that, ‘If you fail to invest in a child’s training, he will mismanage his inherited investments.’ From the look of things, we are not planning for our posterity, our future,” DPA lamented.

It further said: “Lagos is a state where instead of the United Nations recommended 1:25 teacher-student ratio, we have up to 120 students sharing a class and two teachers teaching different classes simultaneously in one room. This is a state still struggling to provide pupils with basic classroom furniture and pupils sometimes sit on stones. This is a state with a high record of teachers’ strikes and in the last two years pupils have spent more time at home than in class because their teachers have unsettled issues with the government.”

Describing the rate of failure as alarming, DPA lamented that it accounted for examination malpractices and despair and hopelessness in the young ones.

“When we raise such issues government officials publicly dismiss us as indulging in politics and propaganda. But there is a real disconnect between the government’s stated policies in the sector and actual reality,” DPA said. “The earlier the government accepts this, the better for everyone.”

The party had pointed out that for WAEC, the results of Lagos public schools (13 percent) not only fell below the national average of 14.62 percent, the state as well fell behind states like Abia that scored 35 percent, Bayelsa 63, Rivers 52, Akwa Ibom 20, Anambra 28, Ondo 22, Kogi 17 and Imo 30.

At the NABTEB examinations with a national average of 19 percent, Lagos managed to score 6 percent in 2009.

The party disclosed that in some Lagos public schools (names withheld) not a single student met the mandatory requirement for admission into higher institutions, that is, credit in five subjects including English and Mathematics.

“Perhaps Lagos gesture of organising extra-mural classes is too little, too late. It is coming in the last year of a regime that had four years to tackle a problem that has been there since 1999 when its Action Congress (AC) structure came into power. And it appears to be laying the blame for students’ poor performance solely at their door and insinuating that they had failed to study,” DPA said.