News Report: Politicians From South Eastern Nigeria Under Pressure To Contest For President In 2011 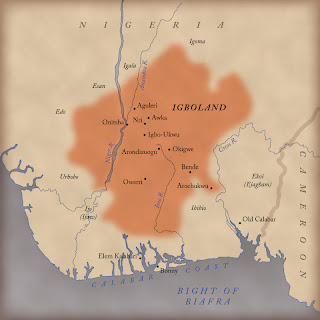 Politicians of South Eastern Nigeria origin chidi opara reports can reveal are under pressure to contest for President in 2011. South Eastern Nigeria is home to the Igbos, one of the three major ethnic nationalities in Nigeria. The Igbos have only ruled for six months since Independence. The six-month-administration was the period of late General JTU Aguiyi-Ironsi. Nnamdi Azikiwe, another Igbo was ceremonial President.

This pressure we learnt is occassioned by the feeling among Igbos that the majority ethnic nationality would be sidelined in the scheme of things if the Presidency goes to any other region in 2011.

Igbos interviewed in Enugu, Owerri and Umuahia in the course of our investigation are of the opinion that if the North is given preference to  complete the second term of the tenure started by late Umaru Yar'Adua which would end in 2015,  there would be desire by the incumbent to go for the constitutionally allowed second term which would terminate in 2019, same fear was expressed in the event of President Jonathan contesting in 2011. When reminded of the option of Igbos actualizing their Presidential dream outside the Peoples Democratic Party(PDP), most respondents feared that going by the nature of past electoral contests in Nigeria, the ruling party would always win.

"Our people are pilling pressures on us to vie for president in 2011, how can we ask them to wait till 2019?", a member of PDP Board of Trustees told one of our network members in Umuahia.

A man who claimed to be a member of  Movement For  The Actualization Of Sovereign State Of Biafra(MASSOB) told chidi opara reports in Enugu that "since they don't want us in Nigeria, they should allow us to go". A good number of respondents reacted in similar manner.

Information at our disposal has it that PDP is considering allocating either the Vice-president or Senate president position to the South-east depending on which region produced the Presidential candidate, but a prominent PDP member in Owerri told chidi opara reports that "we have had enough of Vice-president and Senate president, we want the real thing this time, otherwise our people would lynch us if we set foot on Igboland after 2011".
Posted by PublicInformationProjects at 02:19