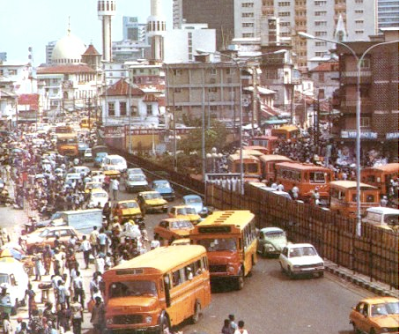 Democratic Peoples’ Alliance (DPA) have alerted the Lagos State House of Assembly and Governor Babatunde Fashola of the operations of a self-styled “Task Force on Tax Payments” invading streets and houses and harassing citizens.

Clad in yellow polyester “monkey jackets,” the personnel move in a convoy of official buses. They were sighted at Isolo, Alimosho and Igando-Ikotun and Ejigbo councils, where their presence forced alarmed businesses to close shop for much of last week.

DPA in a statement by its Director of Publicity Felix Oboagwina criticized the approach, saying, “This is a draconian and dehumanizing measure. It denotes a negative throwback to the infamous tax collectors of the colonial and area-council eras, when government officials exerted cow tax and poll tax from people by chasing the through the streets; they hurled people to jail for non-compliance. Citizens fought back with innumerable riots.”

Ironically, the DPA statement reported, members of the ruling Action Congress (AC) in the councils confronted the officials, warning that their street-to-street tax drive was detestable and unpopular and could cost their party votes in 2011.

The statement said: “Lagosians already suffer from the activities of KAI, LASTMA, local government, environmental task force and the Ministry of Environment enforcing Thursday sanitation exercises. The state government should be compelled to rein in the brand new threat to Lagos sanity and dignity. Lagos has become so over-policed that it will be indecorous to add the terrorism of the tax collector.”

The officials invaded the councils with a long line of official buses, and shut down shop owners who were unable to present the required tax receipts. They spared no one, including housewives and Mallams who had wares arranged on tables and trays in front of their homes.

According to the party, Lagosians would imbibe tax compliance when they enjoyed good social services and amenities.

DPA said: “Unfortunately in the Lagos of today, people provide good roads for themselves through community efforts via landlords and tenants associations. They buy transformers by themselves even though they still pay electricity bills. They send their children to private schools that they can hardly afford because of the sordid conditions of public schools. When people supply their own water and travel on pothole-ridden roads, do you think they will be excited about paying taxes?”

The party noted that many Lagosians who should have been paying taxes were unemployed while those with shops lost their businesses to government demolitions.

Asking the Executive and Legislature to investigate and ensure that the situation did not amount to multiple taxation, DPA recalled that several businesses already paid up to N10,000 for lockup shops and business permits to the local governments, apart from obtaining signage permits from the Lagos State Signage and Advertising Agency (LASAA).

The party recalled that multiple taxations had informed the cattle and food merchants’ strike in March, following which the government scrapped the payment of cattle tax throughout the state.