The Nigerian High commission in Ghana has been mandated by the government of Nigeria to spread panic in Ghana with the hope that this will erode the understanding the people of Ghana have for the legitimate fight of the people of the Niger Delta against decades of oppression by the Nigerian state and western oil companies.

Why Ghana? Ghana is recognized as one of the few countries in West Africa where the rule of law is upheld. A democratic nation capable of resisting the bullying of the Nigerian government, very unlike dictatorships such as Angola.

The Movement for the Emancipation of the Niger Delta is fighting against a glaring injustice. The land of the Niger Delta alone has been confiscated by the government from its owners and distributed to western oil companies and a few Nigerians from outside our region. We have been declared landless by the Nigerian government, yet without benefit.

The government of Nigeria have been unable to cover-up this crime against humanity which have been exposed by every individual and organization that have visited the Niger Delta.

The people of the Niger Delta are peace loving people who simply cannot understand why a government which have confined us to slavery having stolen our lands, should expects peace. Dating to times before the independence of Ghana, the people of the Niger delta, especially the Ijaws have co-existed with Ghanaians in Ghana.

Ghana is of no strategic importance in our fight against the Nigerian military. We respect the sovereignty of all nations bordering the Niger Delta and limit our operations to oil related facilities in Nigeria.

The government and People of Ghana should therefore discountenance the un-intelligent and baseless claim of the Nigerian High commissioner, Musiliu Obanikoro intended to whip xenophobic sentiments against the Ijaws and other indigenous tribes of the Niger Delta legitimately visiting or residing in Ghana.

By Jomo Gbomo
Posted by PublicInformationProjects at 03:00 No comments: 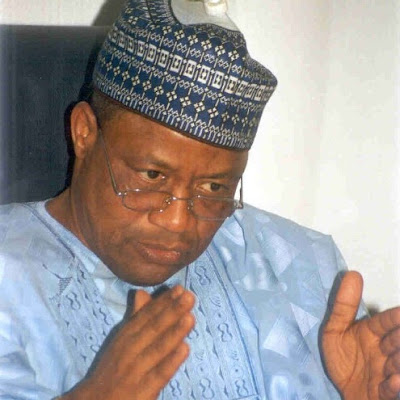 General Ibrahim Badamasi Babangida, Senator Iyorcha Ayu, General I.B.M. Haruna, Alhaji Tanko Yakasai and other pro-zoning cohorts’ battle cries and reasons for the applicability of the Zoning Arrangement to allow selected few from Northern extraction of Nigeria to contest election in office of President of Nigeria to the detriments of other sections of the Country is going beyond basic good reasoning having been limited to contemptible and reprehensible provincial sentiments that will do Nigeria no good than to further fan the conflagration of discourse and disunity.

While one is at pain to appreciate their inauthentic and immoral argument, it is better to call spade a spade as what is evil will continue to be evil and as such, the call for application of zoning arrangement/agreement is nothing by treason; the violation and breach of law, disloyalty to constitution which constitute government and institutions in Nigeria.

The zoning arrangement is “undesirable” and dead from birth, the very reason it is unviable as the likes of the Rimis, Gamades, Okorochas and others were able to buy nomination form and contest the PDP presidential primaries and hence the agitation for change.

Zoning is not only illegal but felonious and impracticable under our present dispensation, as it was not even practise in the entire Chief Obasanjo‘s eight years in power gleefully cited by the “zonists“.

Babangida and co-zonists therefore should not be allowed to balkanise Nigeria over their selfish and parochial interest.

Without conceding, even if the zoning arrangement/agreement is previously accepted and used, the present political dispensation in which President Umoru Musa YarAdua died in office before the expiration of his tenure is akin to force majure i.e. “greater force” has cancelled/nullified any previous zoning arrangement/agreement, as the main pilot has died during the flight and the mantle is now rested upon the shoulder of the co-pilot who must steer the plane to the political destination scheduled for 2 term/8years only and only subject to review by the entire votes of all Nigerians but not from a section of the country.

Babangida and fellow travellers need to appreciate that the only thing that is constant in life is change, change is inevitable and change has come to Nigeria polity as there is time for everything, a time to sow and a time to reap, a time to live and a time to die, in Nigeria today its time to set aside regional sentiments and open up Nigeria where merit and expertise will count.

If zoning exist in US the Americans will not be able to give the world President Hussein Barrack Obama of African extraction, most of English leaders are from minorities region and yet these great Nations’ system allow their leaders to emerge for the good of their nations. Let stand on merit, credibility and ability and Nigeria will be better off.

Agitation for change in Nigeria is about the unqualified, inalienable, basic right of all Nigerian Citizen to economical, social and political aspirations.

It is also therefore apt, to bring to the fore the provision of Section 42 of the 1999 Constitution of the Federal Republic of Nigeria which regulates such activities in the course of achieving these economic, social and political aspirations especially within our political parties, among other congregations.

Section 42 clearly stipulates that no assemblage, among other platforms, shall establish a convention or arrangement which, in its content, discriminates against any Nigerian based on the ethnic groups, places of origin, sex, religions or political opinions of the members.

The provision of Section 131 of the Constitution is crystal clear on the eligibility of candidate to aspire to the office of the President of Nigeria.

Hence, all Nigeria citizens are at liberty to contest for any positions without impediment save for the provision of the constitution and other related laws.

Any other principles, convention and/or arrangements contrary to this provision, to the extent of their inconsistencies, are null and void.

It is abundantly clear, therefore, that the so-called “presidency zoning” arrangement which has obviously emerged from our political parties is not only repugnant to the foundation of Nigerian unity, but inconsistent with our grund norm. It is unconstitutional, felonious and treasonable in all ramifications.

The reality is that, if not well managed and immediately corrected, can lead to balkanisation of our dear country, ineptitude, continuous breeding of monstrous corruption and nepotism.

Anywhere a constitutional democracy is being practiced, the highest authority of such country is the Constitution which is the “ground norm” the extant Nigeria Constitution of 1999 at its very first provision forcefully proclaims it supremacy thus:

Section 1.
(1) This Constitution is supreme and its provisions shall have binding force on the authorities and persons throughout the Federal Republic of Nigeria.

(2) The Federal Republic of Nigeria shall not be governed, nor shall any persons or group of persons take control of the Government of Nigeria or any part thereof, except in accordance with the provisions of this Constitution.

In our law, treason is the crime that covers some of the more serious acts of betrayal and breach of one’s authority, sovereign or nation, any breach or failure to maintain or adhere to our constitutional provisions amount to nothing but treason that is so sanctioned by our law.

Babangida and cohorts must respect every provision of our Constitution, their new found love to promote principle and agreement of disunity and discrimination under the nomenclature of Zoning is contrary to the provisions of our Constitution and as such, their present undertakings and activities is usurpation of our sacred Constitution which amount to high treason.

(Kayode Ajulo is an Abuja based Lawyer)
Posted by PublicInformationProjects at 02:51 No comments: