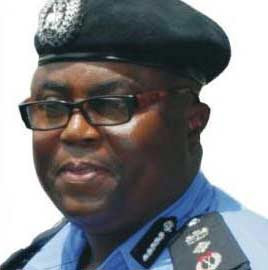 Report reaching chidi opara reports from a citizen reporter in Aba, Abia state of Nigeria indicates that there is secret crackdown on petty criminals in their hide-outs in the South-Eastern commercial city, following order from the Inspector-general of Police, Mr. Ogbonnaya Onovo to the Abia state Police command to track down the kidnappers of some executives of the Nigerian Union of Journalists(NUJ). Three executives of NUJ and their driver was on sunday, 11th july 2010, kidnapped by unknown gunmen at Ukpakiri, in Obingwa Local Government Area, a few kilometres from Aba.

This secret crackdown is reported to be mainly  in the Umungasi railway crossing and Ikot Ekpene road waterside areas, with some of  the victims killed and others wounded.

The report further revealed that those arrested, the dead and the injured are being moved to unknown locations.

chidi opara reports could not independently verify this information at the time of publication.
Posted by PublicInformationProjects at 07:58 No comments: 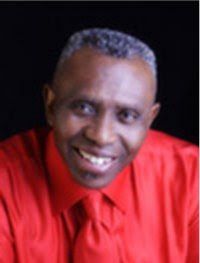 The office of Nigerian President influenced the emergence of Mr. Ayo Oritsejafor as new President of the Christian Association Of Nigeria(CAN), for what Presidency insiders described as "strategic reasons", chidi opara reports learnt authoritatively. Mr. Oritsejafor is the first to emerge President of the 34-year-old umbrella body of christains from the penticostal fold.

We gathered that before the election in which the new CAN President garnered 66 votes from the 105 voters who made up the National Executive Council(NEC), to beat his closest rival, Mr. John Onaiyekan, who managed to clinch 4 votes, Presidency officials had already convinced majority of the delegates to vote for Ayo Oritsejafor. It is not known yet if monetary inducement was used, what is however known is that all the delegates approached were willing to go with the Presidency mainly because of fear of political persecution.

A Penticostal Fellowship Of Nigeria(PFN) official  whom chidi opara reports approached, revealed that "we realized that the only way we can break the dominance of the orthodox churches in CAN is to assure the President of our support in 2011 and that did the magic". PFN is affiliated to CAN. Presidency of CAN have before now been rotating between the Roman Catholic, Anglican and Methodist churches.

Our investigation revealed that, even though a member of the orthodox fold, President Goodluck Jonathan wanted a national leadership of  the influential CAN he can easily influence to support his 2011 Presidential bid. Clergies of the orthodox churches are known to be  more difficult to control even in the military era. "Besides Oritsejafor is from Niger Delta like the President", a keen observer posited.

Unconfirmed information also have it that the new CAN helmsman was drafted into the race by some loyalists of the President from the Niger Delta region.

President Goodluck Jonathan is billed to contest the forthcoming presidential election on the ticket of Peoples Democratic Party(PDP).
Posted by PublicInformationProjects at 03:14 No comments:

Photonews: Nigerian Children Who Row To School In Canoe 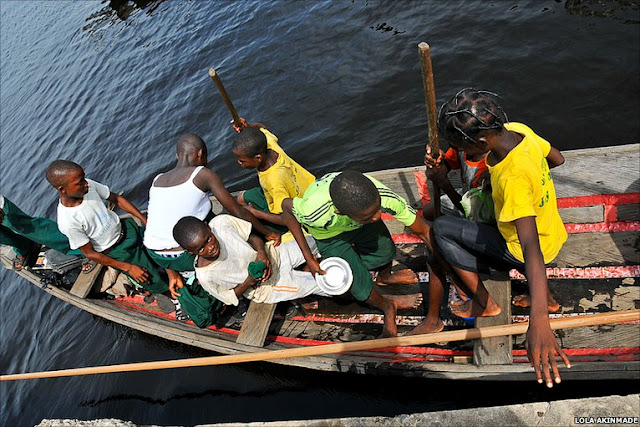 These Nigerian Children who live in the Lekki penisular area of Lagos state Nigeria, row to school daily in this canoe.

(Courtsey: BBC News Website)
Posted by PublicInformationProjects at 02:08 No comments: