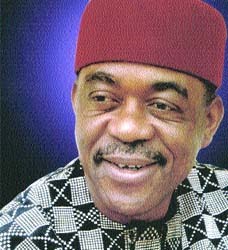 Strong indications have emerged that a ransom of twenty-five million naira was paid before the kidnapped Nigerian journalists were freed on Sunday 18th July, 2010, inspite of widespread reports on the contrary. The freed Journalists and their driver were on Sunday, 11th July, 2010 abducted in Abia state on their way back to Lagos from Uyo, Akwa Ibom state after their union congress by unknown gunmen.

chidi opara reports' well placed security contacts strongly believe that the abduction was partly aimed at embarassing the Abia state governor, Mr. Theodore Orji and to provoke the issue of state of emergency in Abia. "How could anyone ask for ransom of 250 million naira or even 30 million naira from Journalists? Whom do they expect to pay the money?, a security contact in Umuahia posited. Governor Orji is presently at loggerheads with his erstwhile politcal godfather, Mr. Orji Uzor Kalu who has gone back to the ruling Peoples' Democratic Party(PDP).

One Abia state government house insider revealed that the governor was aware that the kidnap was partly to embarass him and provoke call for a state of emergency and was determined to put the issue behind him fast. This contact would not know if ransom was paid., "but I know that his excellency co-operated with the law enforcement agents".

A Security Consultant who volunteers for chidi opara reports is of the opinion that it would have been "near impossible" to rescue the victims going by their revelation that they were being moved every four hours. "The capacity of Nigerian law enforcement Agencies cannot handle this rate of mobility in terms of rescue", the Consultant opined.

Another Abia state government house insider revealed to chidi opara reports that at about 10pm on Friday 16th July, 2010, the sum of twenty-five million naira was changed into dollar bills and handed to a shadowy male character well known only to the governor, "who appears only when issues like this come up".

An unconfirmed information at our disposal has it that the decission to pay ransom was taken by the Abia state helmsman when the well planned, almost infallible rescue plan of the Isreali anti- kidnap agents, assisting the Nigerian Police failed following betrayal by elements inside the Abia state Police Command, resulting in the Isreali experts abandoning the resue project "for security reasons". The office of Inspector-general of Police and the Presidency are said to be aware of the payment.
Posted by PublicInformationProjects at 07:53 No comments: 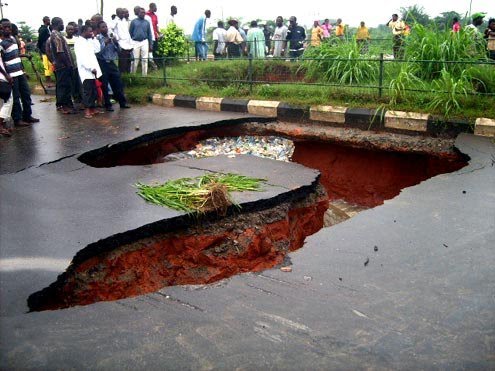