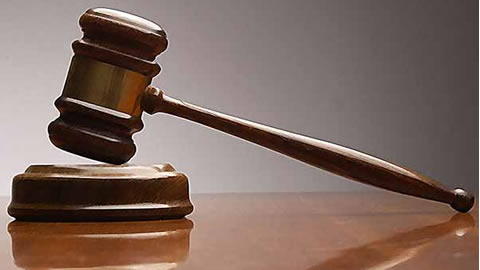 
The story of 24-year-old Emeka Ukaegbu Jnr. have remained intriguing.  The question is, who is Emeka Ukaegbu Jnr.? For those who do no know him, Emeka Ukaegbu Jnr. is the first Son of Hon. Dr. Emeka Samuel Ukaegbu, a former Honourable member of the Imo State House of Assembly between 1999 and 2003. He was a student of Imo State University. He was jailed three years ago along with one  Ogechukwu after being “convicted for raping” the daughter (Ginikachi) of the former deputy Governor of Imo State Chief Engr. Ebere Udeagu. It is on record that Emeka was arrested in June 2008 and paraded before the Nigerian public as a kidnapper who conspired with Ogechukwu and two others at large (Aboy and Capone) to kidnap 23-year-old daughter (Ginikachi) of the former deputy Governor of Imo State Engr. Ebere Udeagu.

I wrote a report on the matter entitled “EX-DEPUTY GOVERNOR DAUGHTER KIDNAP – THE OHAKIM CONSPIRACY.” This report was published in many newspapers and magazines in Nigeria in June 2009. When this report was exposed to the public Mr. Ikedi Ohakim (the governor of Imo State) threatened my life but I stood my ground. This made him to recoil. Nonetheless, I have continued and consistently followed up this case up to this moment.

Having realized that the Satanic act has been exposed to the public, Mr. Ikedi Ohakim and Engr. Ebere Udeagu decided to consolidate in their plot against Dr. Emeka Sam Ukaegbu by diverting the Kidnap case (which had been watered down to rape) to arm-robbery. This plot is to permanently shield and protect miss Ginikachi Udeagu in the whole kidnap case.

In a bid to perpetually keep Emeka Ukegbu Jnr. in Prison custody so that he would not tell the world his own version of what truly happened, an armed robbery case is now hanging on his neck. Emeka and Ogechukwu would be serving out their “jail” terms on the 15th of August 2010. It should be noted that the kidnap episode masterminded by miss Ginikachi Udeagu “fetched” the sum of N5 million and Chief Okechukwu Udeagu (Ebere Udeagu’s younger brother) was the person that dropped the money in the premises of an Anglican Church in Ikeduru Local Government area of Imo State before the boys emerged to pick it up. Now Engr. Ebere Udeagu and Mr. Ikedi Ohakim are trying to make the world believe that it was a robbery case. That Chief Okechukwu Udeagu was attacked on the road along INYISHI – Ikeduru and the said money taken away from him at gun point. In as much as one is against crime of any kind, one is against conspiracy to continue to punish innocent citizens of Imo State. This “robbery-case” is now before the High Court 7 Owerri presided over by Honourable Justice Goddy Anunihu (a distinguished man). Therefore one can not comment further on it. All the same I make bold to ask as follows: (1) where is Miss Ginikachi Udeagu who is the mastermind of the whole kidnap Saga? (2) Why is Ohakim and Ebere Udeagu protecting her? (3)How come Chief Okechukwu Udeagu never complained that he was robbed in his police statement? (4)How come Ikedi Ohakim is the complainant to the police in a matter that does not “concern” him?

As Emeka Ukegbu Jnr. leaves Owerri prisons in the next few days after serving a jail term of an offence (rape) he knew nothing about, the truth of the whole matter would finally be exposed. Emeka on his part have maintained that whenever he is out of prison, he would fight to clear his name because he never raped the former Deputy Governor’s daughter (Miss Ginikachi). He has equally maintained that there was no armed-robbery incident involving him.

From the look of things it appears that Mr. Ikedi Ohakim is now afraid of his shadows because of the atrocities he committed by sending many people to jail on trumped up charges. Now that such people are rounding up their prison terms, he does not want them out again, hence he is manufacturing more allegations against such persons.
Posted by PublicInformationProjects at 09:22 No comments: