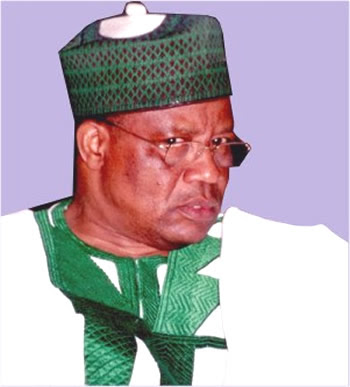 Afenifere Renewal Group is using the occasion of the birthday of former military dictator, General Ibrahim Babangida to sound it clear to him that contrary to the false impression the political renegades of Yorubaland are giving to him, the southwest geo-political zone is going to be his political waterloo in 2011 as against the swing zone he is claiming.

General Babangida was quoted to have said recently that the southwest is going to deliver victory for him in the 2011 elections in spite of the many crimes he has committed against the country in general and the zone in particular.

ARG concedes to Babangida that the Constitution of Nigeria allows him to run for any office in the land and as such we are not saying that he should not waste his time in such an inglorious exercise.

We must however let him know that the memory of the people of the southwest is not as short as he thinks. In fact, there is a saying among the Yoruba people that “a 20 year-old pounded yam could be as hot as a burning coal through right preservations”. And the iniquities of IBB have been well preserved. Contrary to the “no-go-areas” he was disclosing to some journalists recently, the Yoruba nation will set all the sins of IBB before him and ask him why on earth they must swing the votes on his side.

The no 1 issue that would be taken up with him is the annulment of JUNE 12 election won by Bashorun M.K.O Abiola and the attendant crises which consumed the lives of Abiola and his wife Kudirat, Pa Alfred Rewane, Alhaja Suliat Adedeji, Admirals Omotehinwa and Elegbede and hundreds of protesters mowed down on July 7, 1993 on the streets of Lagos and other cities.

The insults he heaped on the Yoruba nation that he tried to “assuage the feelings of the aggrieved people by supporting the candidacy of my senior military officer former president Olusegun Obasanjo, who in our estimation has an unshakeable faith in the unity of our country and who hails from the same state with Bashorun M.k.O Abiola”, has only complicated his case. Foisting Obasanjo on Nigeria as someone occupying the slot of the Yoruba nation is really another offence he will have to answer for.

In the days of electoral reckoning, Obasanjo who messed up the country for 8 years, Gbenga Daniel who took IBB to Abeokuta to dance on MKO’s grave and Adedibu’s thugs who are rooting for him in Ibadan will count for nothing!

Babangida would be asked to produce MKO alive before he can ask for votes in the southwest.

Beyond this, the Yoruba nation will also join other zones in Nigeria to ask him what happened to the 12.4 billion dollars windfall well documented by Okigbo Panel’s Report, who killed Dele Giwa which the Oputa Panel made recommendations on but was not released by IBB’s surrogate (Obasanjo); among many other crimes hanging on IBB’s neck.

We would have said Happy Birthday to the self-styled Evil Genius were MKO Abiola, Kudirat Abiola, Dele Giwa, e.t.c around to also look forward to their own birthdays! 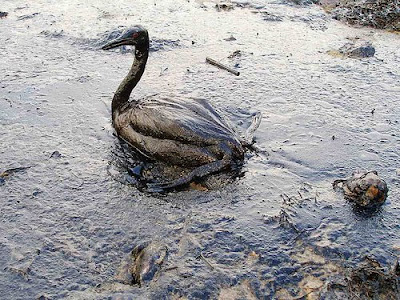 I'm writing today to give you an update on the progress we’ve made in responding to the oil spill in the Gulf of Mexico. I'm pleased to report that no oil has leaked into the Gulf of Mexico since July 15, and because of the progress we’ve made capping the well, we don't anticipate that any additional oil will spill into the Gulf. We also have new information about the effectiveness of the Federal Government’s response to the spill: Recently, government scientists released a report stating that the vast majority of the oil that spilled into the Gulf has evaporated, skimmed, burned off, been recovered from the wellhead or dispersed.


Over the weekend, President Obama and the First Lady travelled to Panama City, Florida and met with small business owners to discuss the impact the oil spill has had on their businesses. While we’re beginning to turn the corner, it's clear that we still have a lot of work to do for the individuals, families and businesses in the region that have been impacted by this spill.

We will hold BP accountable for the damage this spill has caused to the environment and the economy. We will not rest until the delicate ecosystems along the Gulf Coast and the people who call this region home have been made whole.

The men and women of the Gulf who make their livelihood harvesting fish, shrimp and oysters have been among those hardest hit by this spill. And I know many of you may have questions about the safety of seafood from the Gulf of Mexico.

The Federal Government is paying close attention to the safety of seafood in the Gulf. The Food and Drug Administration (FDA) and NOAA, working closely with the states, are closely monitoring and testing the Gulf waters so they can be reopened as soon as they become safe.

Seafood from these open areas is safe for you and your family to eat. In fact, if you’re looking for a simple way to support the people of the Gulf who have been battered by this spill, enjoying some local seafood is one of the best things you can do.

Carol Browner
Assistant to the President for Energy and Climate Change
Posted by PublicInformationProjects at 01:28 No comments: