Governor of Imo state, Mr. Ikedi Godson Ohakim was summoned to appear before the PDP disciplinary committee on 25th August 2010 by 12pm to explain his political actions which are said not to be in tune with the ethics and practices of his party, the Peoples Democratic Party(PDP) These political actions are as follows:

(3) Attempts to destroy the Party

(4) Conducting unauthorized primaries for the conduct of LGA election

(5) Refusal to submit names of candidates for positions during party congresses.

Mr. Ikedi Ohakim refused to appear before the disciplinary committee in Abuja. He rather sent a letter at the eleventh hour claiming that he was down with “typhoid fever”.
Posted by PublicInformationProjects at 09:52 No comments: 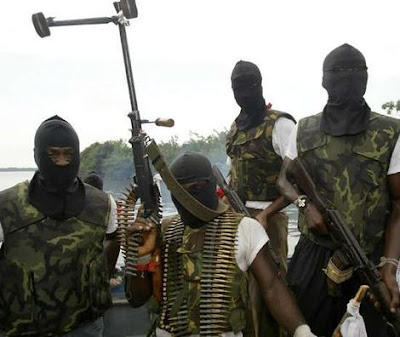 Contrary to reports that the assasinated former Niger Delta militant leader, Mr. Soboma George, alias "So Blow" was killed by a rival gang, indications have emerged that he may have been killed in a "hit and snatch" operation, undertaken by a specially trained strike force.

Eye witness accounts has it that at about 6.00pm on tuesday August 24th, 2010, a black jeep with tinted glasses drove into the football field of Enitonna High School in Borokiri area of Port Harcourt where Mr. George with about fifty of his henchmen armed with small arms watched a football match and was about to leave. Four men on black suits, according to these eye witnesses, alighted from the jeep, openned fire on Mr. George with short barrel sophisticated rifles, wounding him seriously in the process and drove off with their victim. The operation which was reportedly professional and precise was reported to have lasted for about five minutes.

Soboma George was the second in command to Mr. Tom Ateke, the helmsman of "Icelanders". After parting ways with Ateke, George formed "Outlaws" which he affiliated to Movement For The Emancipation OF Niger Delta(MEND). He eventually became one of the commanders of MEND. When his stronghold at the Marine Base waterfront was over ran by the Joint Taskforce On Security(JTF), he relocated to the Borokiri stronghold. Soboma George later took advantage of the amnesty proposed by the Federal Government to Niger Delta militants to lay down his arms.

Eye witnesses also debunked reports that there was a shoot out at the scene. The commando style assasination was reported to have been so fast paced that George's henchmen could not fire a single shot in defence of their godfather while the operation lasted. "if anybody say there was a shoot out, where is the casualty on the other side?", an eye witness queried.

Security experts who spoke to chidi opara reports, posited that, that level of operation is far beyond the capacity of any gang in Nigeria. "This type of operation is known as "hit and snatch", it is even beyond the capability of the regular security agencies in Nigeria presently. Only specially trained strike forces can pull off that type of mission", a security expert informed chidi opara reports.

Gbomo Jomo, spokesperson of MEND in response to an enquiry from us stated, "From all indications, this was clearly a government sponsored assassination carried out by government agents. Our worst fears have been confirmed and we see such killings likely to continue on anyone who can now see through the amnesty scam".

A JTF insider confirmed to chidi opara reports that there are indeed specially trained JTF operatives, but debunked any insinuation that the operation may have been carried out by the adhoc security apparatus. "We do not have problems with him, we are not an assasination squad to start with", the JTF inside retorted.
Posted by PublicInformationProjects at 02:03 No comments: