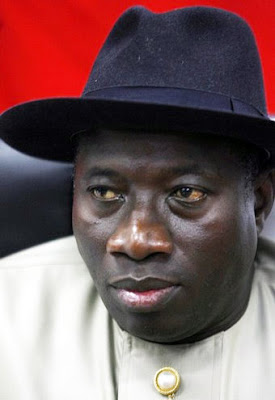 Hafis Ringim and Ita Ekpeyong will reportedly act as Inspector-general and Director-general respectively. Details are reported to be sketchy at the moment.

chidi opara reports have not independently confirmed this report.
Posted by PublicInformationProjects at 08:23 1 comment: 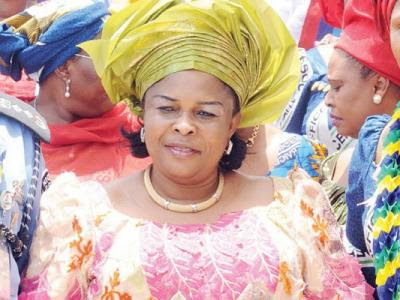 Abia state of Nigeria may be moving from the period in which it was the personal property of Mrs. Eunice Uzor-Kalu, addressed as "mother execellency" by her hangers on, into an era of being the personal estate of Nigeria's first lady, Mrs. Patience Jonathan, known as "mummy execellency" by her own ever increasing hangers on. Mrs. Kalu is the mother of a former governor of the state Mr. Orji Uzor-Kalu, erstwhile political godfather of the governor, Mr. Theodore Orji.

The Abia state governor following disagreements with Mr. Kalu, who is also the founder of the political party that brought him to power, the Progressive Peoples' Alliance(PPA), defected first to All Progressives Grand Alliance(APGA), but when his former godfather led the remaining members of PPA into the ruling Peoples Democratic Party(PDP), the governor started desperate moves to also join PDP.

On August 28th 2010 at the Umuahia Township stadium, the governor's dream of joining PDP was actualized, when in an elaborate ceremony, the party's national chairman, Dr. Okwesilieze Nwodo in the presence of President Goodluck Jonathan and his wife, handed the party's flag to the governor. He was subsequently granted waiver to contest the party's primary election for the 2011 gubernatorial election, a requirement for new entrants.

chidi opara reports' network members in Umuahia and Abuja who have been following the Abia state governor's political moves since he left PPA reported that his smooth  sail into PDP was facilitated by  Mrs. Jonathan. Although the first lady's mother and Theodore Orji are from the Ohuhu clan, checks revealed that a deal was struck. We do not have details of the deal yet, but we can report that the first lady insisted on nominating a sizeable number of political appointees in 2011. Indications are that Orji would win both the primary and election proper with the influence of the first lady.

Network members also reported that the governor's movement to PDP initially generated serious reactions from the camp of Mr. Onyema Ugochukwu, PDP's governorship candidate in the 2007 election. The Ugochukwu group who are involved in court cases with the governor, had to be prevailed upon by the Presidency through the efforts of the first lady to withdraw the cases and work with the Theodore Orji group. Unconfirmed information has it that Ugochukwu was promised ministerial post in 2011.

chidi opara reports also learnt on good authority that the Ojukwu factor was silenced by a threat to use PDP members of Anambra State House of Assembly, who are in the majority, to make the state governor's remaining tenure problematic. Anambra is the only state APGA governs. Ojukwu is the national leader of APGA.
Posted by PublicInformationProjects at 02:11 No comments: