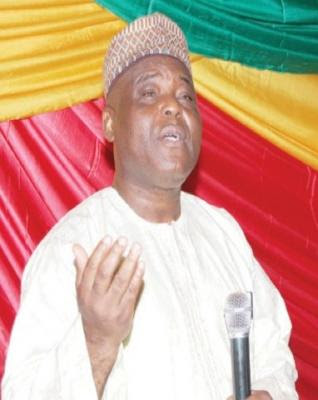 We wish to condemn in all entirety, the false alarm spewed by Raymond Dokpesi concerning threats to kidnap his son.

For the benefit of all doubts, we wish to categorically declare that Dokpesi have little or no hostage value.

More especially, it would be entirely worthless to for anyone to abduct a child or children with questionable paternity, vain pedigree and dumb ancestry.

Dokpesi’s ranting represents the cry of a drowning man struggling for some breath of fresh air in murky waters.

Let us remind all men of goodwill that Raymond Dokpesi’s association with the South-South People’s Assembly in 2007 during the run-off of the 2007 Presidential ambition of Sir Peter Odili was driven by the heavy cash gifts that Dr Peter Odili made to Raymond Dokpesi and his DAAR Communications group to enable them set-up shop in Port Harcourt and stay afloat.

Dokpesi has never been involved in the agitation for a Niger Delta and have lived a life of subservience to corrupt Northern oligarchies. His loyalties are of a pecuniary nature and will always fall for the highest bidder.

Our declaration of a persona non grata status on Raymond Dokpesi was in itself, a warning on Chief E.K Clark and the others who conscript soldiers and foot-soldiers for the Niger Delta and South-South cause without first conducting background checks on them.

Raymond Dokpesi have not and will never be able to believe in the South-South or Niger Delta cause. He did not believe in it when he was in the South-South People’s Assembly. Rather he believed in the hundreds of millions of naira he was given by Dr Peter Odili and the lots more that was promised.

Dr Peter Odili is still alive and should be made to speak the truth on this matter.

The Struggle is Unstoppable.