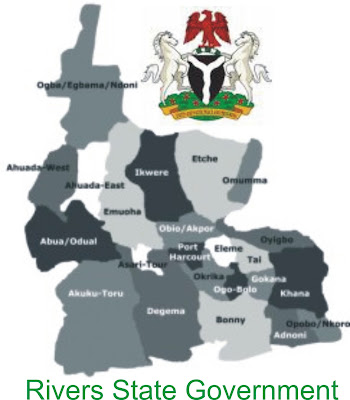 The Institute of Human Rights and Humanitarian Law (IHRHL) is shocked at the recent killing of Mr. Abdullahi Muazu, the Head of Forensic Unit of the Economic and Financial Crimes Commission (EFCC) in his home at Kaduna, and therefore commiserates with the family of the deceased and the EFCC authorities.


The IHRHL notes that this recent attack on the senior EFCC official exhibits a clear indication that the Commission in its devoted and uncompromising attempts at sanitizing the nation from wicked and corrupt actions of crooked and unwanted leaders is indeed effective and is making a lot of people uncomfortable.

The IHRHL also condemns the needless and unprovoked smear campaign carried on by the Rivers State Government against the EFCC. The IHRHL observes that the EFCC is an agency of the Federal Government set up to fight corruption and fiscal mismanagement in the country. Thus, the protest march against the activities of the anti-graft agency held in Port Harcourt on Wednesday, the 15 of October 2010 with public funds on the heels of this current killing of the EFCC Official is totally insensitive, unnecessary and smacks of a desperate attempt by unaccountable and fraudulent political office holders in the state to shroud the resolute anti corruption fight of the commission with the toga of political witch hunting.

Furthermore, the IHRHL asserts that there is no better time for the EFCC to investigate alleged corrupt officials, thus it is totally inconsequential that their activities have increased just before the elections. In fact, the IHRHL believes that there is no better time to investigate corrupt public office holders than before the elections. This would ensure that they do not come back in the next elections to impoverish the people further by looting with impunity funds meant for public use.

It is these acts of fiscal recklessness, financial embezzlement and pillaging that have contributed immensely to the gross Socio-economic deprivations in the Niger Delta, thereby leaving the people impoverished, conflict ridden and deficient in good governance.

The IHRHL hereby uses this medium to call on the EFCC not to relent in their genuine efforts at ridding the Niger Delta of morally deficient and corrupt public office holders as these unwarranted attacks, protests and smear campaigns are just an attempt by a select and selfish few with their rented crowds, to intimidate the officials of the anti-graft agency from the lawful execution of their duties, in order for them to continue their stranglehold on the deprived peoples of the Delta. These protest marches do not reflect the views of the majority of Rivers people. The real Rivers people are not averse to the Commission carrying out their statutory duties.

Further, the IHRHL admonishes the Rivers State government to stop its present mobilization of rented crowds to frustrate the efforts of the EFCC. Rather they should conduct their business of governance with probity and accountability and allow the commission to carry out its lawful duties if they have nothing to hide.

The IHRHL also notes that the State government on various occasions has publicly denounced corruption in public office, thus, the largely sponsored protest against a government agency set up to fight corruption goes to show that the government’s purported anti-corruption campaign is a publicity stunt and a clear double standard.

Further, in more developed societies, this appalling incident would have prompted the Legislators to ask questions of the Governor and even commence impeachment proceedings against him.