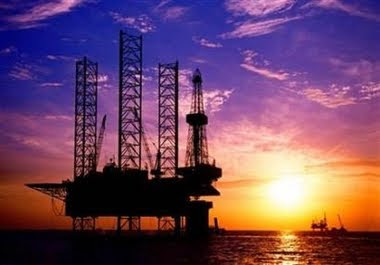 The Institute of Human Rights and Humanitarian Law (IHRHL) hereby expresses its solidarity and support with the Nigerian Union of Petroleum and Natural gas workers (NUPENG) and its sister body, the Petroleum and Natural gas workers senior staff association of Nigeria (PENGASSAN) on its planned warning strike over the obnoxious Social Services Contributory Levy law as the IHRHL prepares to contest the constitutionality of the Law in a Court of Law.
The IHRHL notes that the Rivers State Social Services Contributory Levy Law No. 9 2010 is ill advised; selfish, anti-social, democratically deficit, lacks transparency and accountability in the use of funds generated from the taxes and is an apparent instrument of fiscal exploitation of the already impoverished citizens of Rivers state. Furthermore, the Law was passed against the wishes and aspirations of Rivers people and the planned warning strike by the NUPENG and PENGASSAN is a welcome development at resisting its application.
The IHRHL also notes that the Law seeks to throw the state government’s constitutional duties of ensuring the security and welfare of its citizens off its shoulders and saddle it on the people of Rivers State despite huge monthly allocations coming to the state and billions of Naira accruing to the state as internally generated revenue which the state government has been unable to judiciously account for.
The IHRHL also uses this medium to call other labor unions, Civil Society groups and the generality of Rivers residents to rise up and oppose the application of the Social Services Contributory Levy Law as it is unequivocally an exploitative tool and a weapon for social deprivation capable of furthering socio-economic inequality and extreme poverty in the state.
Every civilized law and law making frowns seriously on instruments aimed at punishing individuals doubly as the present law seeks to do.
Signed:
Nkasi Wodu Esq.
Program Officer, Economic, Social and Cultural rights
Institute of human rights and humanitarian law (IHRHL)
Posted by PublicInformationProjects at 02:32 No comments:

The presidential ambition of former military President, rtd. general Ibrahim Badamasi Babangida, also known as IBB have sent panic into the camp of President Goodluck Jonathan, who is scheduled to declare his intention to contest for the Presidency in 2011 on saturday 18th September, 2010 at the Eagle Square Abuja on the platform of Peoples Democratic Party(PDP). Babangida declared on 15th September, 2010. Both are seeking PDP ticket.

chidi opara reports was reliably informed by a contact in the Goodluck Jonathan campaign organization that the premature release of the President's declaration speech on his facebook page on September 15th, same day IBB declared, ahead of the date of his formal declaration was a desperate move to steer away attention from the former military President's declaration.

Another panic measure, chidi opara reports learnt,  is a plan to set the Economic and Financial Crimes Commission(EFCC) and the Board of Internal Revenue against business concerns of the campaign director of the former military President, Dr. Raymond Dokpesi, for alleged tax offences.

State governors suspected to have political sympathy for IBB  are also targeted in variety of ways, principal among which is renewed EFCC investigations. The governors of Imo, Bayelsa and Rivers states among others suspected to have sympathy for IBB's ambition are presently being subjected to renewed EFCC probes which an EFCC insider revealed are aimed at forcing these governors "to toe the line".

A political officer in a major European embassy in Abuja told chidi opara reports  that "of all the presidential candidates, only Mr. Babangida have the clout to checkmate your President in the election".
Posted by PublicInformationProjects at 01:28 No comments: