Pope Benedict XVI formally created 24 new cardinals on Saturday amid cheers in St. Peter's Basilica, bringing a mostly Italian group into the elite club that will eventually elect his successor. Speaking in Latin, Benedict read out each of the names of the new "princes of the church" at the start of the Mass, eliciting roaring applause from the pews and smiles from the cardinals themselves. Wearing their new scarlet cassocks to signify their willingness to shed blood for the church the cardinals processed first into the basilica, waving to well-wishers as organ music thundered in a festive yet solemn atmosphere.

The basilica was awash in red as some 150 cardinals from around the world came to Rome for the occasion of welcoming in their newest members.

The 24 new cardinals include heads of Vatican congregations, archbishops of major cities in Europe, Africa, Asia and the Americas, and retired prelates honored for their lifelong service to the church. Their numbers bring the College of Cardinals to 203, 121 of whom are under age 80 and thus eligible to vote in a conclave to elect a new pope.

Eight of the new voting-age cardinals are Italian, seriously boosting the Italian bloc and leading to some speculation that the papacy might eventually swing back to an Italian following a Polish and German pope.
Benedict, 83, told the men of their new mission as cardinals, saying they must devote themselves totally to the church and to Christ. In his homily, he asked the faithful to pray for them, saying: "Let the Lord's spirit support these new cardinals in the commitment of service to the church, following Christ of the Cross even if necessary to shed their blood, always ready ... to respond to whatever is asked."

The senior new cardinal, Angelo Amato, who heads the Vatican's saint-making office, told Benedict at the start of the Mass of the "stupor" each one of the men feels to have been chosen. "We recognize with trepidation our limits knowing the great dignity with which we have been entrusted and that we are called to testify to with our lives and activities," he said. During the ceremony, the new cardinals each promised to obey the pope, reading an oath in Latin to maintain communion with the Holy See, keep secrets given to them and not divulge anything that might bring harm onto the church.

After pledging the oath, each new cardinal walked up to the pontiff who was seated on a gilded throne on the altar to receive his red zucchetto, or skullcap, and biretta, a three-ridged hat worn over it. Applause broke out again as each received the pope's blessing and kissed his ring. One new cardinal, the Coptic Catholic patriarch of Alexandria, Egypt, Antonios Naguib, wore a black cassock as is consistent with his role.
A choir sang and a brass ensemble played as the men then greeted each of the other cardinals in the college, exchanging a few words of welcome.

There was Cardinal Kurt Koch of Switzerland, the new head of the Vatican office for relations with other Christians, greeting his predecessor, retired Cardinal Walter Kasper of Germany. There was the new Cardinal Gianfranco Ravasi, the Italian head of the Vatican's culture office, greeting the retired Vatican No. 2 Cardinal Angelo Sodano. And so on.

One of the loudest rounds of applause was for Cardinal Donald Wuerl, the archbishop of Washington, D.C., who was joined in Rome by a delegation of some 400 well-wishers from the United States.The cardinal's main task is to offer the pontiff advice and eventually elect his successor.

This is the third time Benedict has held a consistory to create new cardinals. With Saturday's additions, he will have hand-picked 40 percent of the college, infusing it with conservative, tradition-minded prelates like himself and almost ensuring that a future pope will carry on the path he has set out for the church.
During a day of reflection on Friday, cardinals new and old discussed some of the most pressing issues of concern to the church, including the sex abuse scandal.

Cardinal William Levada, who heads the Vatican office responsible for dealing with abuse cases, told the cardinals his office was planning to issue a set of guidelines to bishops around the world on responding to priests who rape and molest children. The Vatican said Levada spoke of the need for prevention programs, better screening of priests and the need to obey civil reporting requirements.

Posted by PublicInformationProjects at 08:00 No comments:

Report: Details Of Foreigners Kidnapped So Far In Africa 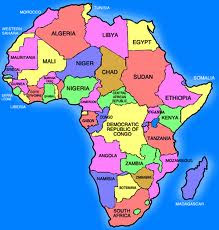 Somalia:
April 2008, Gunmen seized a Briton and a Kenyan working on U.N.funded project.

Nov. 8th, 2010, European Union anti-piracy task force said it has rescued a South African yachtsman after he was left behind by Somali pirates. Two other South African crew members were taken onshore as hostages.

Somali pirates are holding more than 25 vessels and some of their crews. In the latest incident, a Panama flagged chemical tanker was taken on Nov. 11th.

The foreigners,  five French nationals, one from Togo and one from Madagascar, all employees of French firms Areva and Vinci were taken by their captors into Mali on Sept. 17th.

Sudan:
Oct. 7th, 2010, A Hungarian civilian member of Darfur's joint U.N./African Union peacekeeping force (UNAMID) was abducted by armed men. It was believed to be the first time kidnappers seized a foreigner in El Fasher, capital of North Darfur.

From Reuters
Posted by PublicInformationProjects at 01:31 No comments: