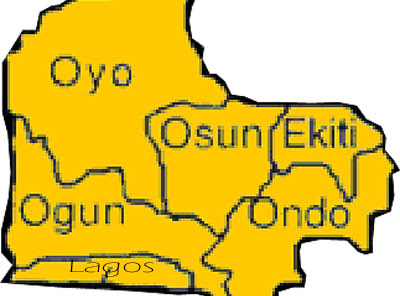 Five states in the geo-political zone; Ogun, Osun, Oyo, Ondo and Ekiti were hitherto controlled by right wing politicians through the Peoples Democratic Party(PDP) platform. Three of the five; Osun. Ondo and Ekiti are now in the hands of left wing tendencies through the Action Congress Of Nigeria(ACN) and Labour Party(LP) platforms.

Confirmed information available to chidi opara reports has it that former President Olusegun Obasanjo, who is also Chairman of PDP's Board of Trustees(BoT), Mr. Richard Akinjide, former Minister of Justice in the Shehu Shagari administration and a former governor of Oyo state, Dr. Omolulu Oluloyo, both PDP stalwarts, are mobilizing promiment south-west politicians of the conservative mode to unite and foster a common front to forestall total defeat in future elections.

The string of defeats suffered in south-western Nigeria by conservative politicians, chidi opara reports learnt are being blamed on the "winner takes all attitudes of some members of the fold". Presidency insiders informed that when Obasanjo called President Jonathan to discuss the development immediately after the recent Court of Appeal ruling on Osun state, the President reportedly advised that party elders in the zone should find a way to solve the problem as soon as possible.

An Obasanjo insider told a chidi opara reports network member in Lagos earlier today that there is likelihood of a meeting of party elders in the zone soon. "The venue have not yet been decided, we are still at the planning stage", the contact volunteered further. Our checks however revealed that the meeting would hold in a yet to be decided venue in Ibadan, capital city of Oyo state. It is not yet clear if this meeting would be secret or open.

Further checks revealed that the Matriarch of the very influential Awolowo family, Mrs. HID Awolowo would be contacted tomorrow, it is believed that she would give her blessing to the proposed rapproachement. The Awolowo family have moved from left to right wing politics.

It would be noted that the Court of Appeal siting in Ibadan on friday 26th november, 2010, removed PDP's Olagunsoye Oyinlola and replaced him with ACN's Rauf Aregbesola as governor of Osun state, making the ACN founded by Mr. Bola Tinubu, former senator and former governor of Lagos state and other left wing politicians as the dorminat political party in the south-west.
Posted by PublicInformationProjects at 07:18 No comments: