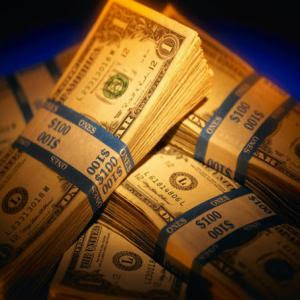 Capgemini and Merrill Lynch Global Wealth Management are pleased to present the 2010 World Wealth Report. Our two firms have been working together for more than 20 years to study the macroeconomic and other factors that drive wealth creation, and to better understand the key trends that affect high net worth individuals (HNWIs) around the globe.

The last couple of years have been momentous for wealthy investors and their Advisors. At this time last year, we were analyzing the dramatic effects of the financial crisis, which was quickly turning into a global economic downturn. World equity markets had lost a decade of gains, and volatility had reached record levels. HNWIs were re-allocating to safer investments and retreating to familiar markets close to home, and Financial Advisors were rallying to restore client trust and confidence.

A year later, many markets are recovering well and the broader economy, after contracting across much of the world in 2009, is showing distinct signs of recovery. The HNWI population itself has started growing again, and HNWI wealth is also recovering. But it is clear from HNWIs’ asset allocations that they are taking a cautious approach to investing and risk-taking. Moreover, it seems the lessons learned from the crisis have changed the way HNW clients will think about investing for the foreseeable future. Clients are now much more involved in managing their investment choices, asking for more specialized advice, demanding full product disclosure and transparency. They are more educated about investing and about their own
needs. They now understand that when weighing potential returns, they must weigh the risks more thoroughly.
This year’s World Wealth Report (WWR) looks at how wealth-management firms are adapting to behavior-driven investing by clients, and are re-evaluating their advisory processes, risk models and service offerings to cater effectively to HNW clients in this new paradigm.

It is a pleasure to provide you with our findings, and we hope you find continued value in the WWR’s insights.

Click Here To View Report
Posted by PublicInformationProjects at 11:51 No comments:

It is my pleasure standing before you to welcome you all to this media briefing. The Lagos Open Parliament is actually meant for those who have conquered the lure of hypocrisy which has rendered majority of
Nigerians complacent, dogmatic and gullible. Hypocrisy is the reason why our leaders lead us only by the nose today. They only tell us, the people, what suits them and listen to only those they want to hear;
never what we need to hear or say. They tell us what projects they have executed instead of showing us. They read budgets to us just as annual rituals but often under execute the capital side of such while the recurrent side are over executed. Same item of the budget hops up annually in our budgets without us asking questions where the fund voted for such in previous budget went. Projects are executed just to last enough for exhibition to the media at commissioning but most often collapse before they are put into proper use. They tell us
perpetual lies on the import of their governance and executed projects. We tend to believe them even when we groan under the weight of collapse or absence of such issues and projects. They run government of deceit, grandstanding and propaganda in secrecy. For those who are directly or indirectly part of the conspiracy that has led to unanswered questions of probity and accountability in the Centre of Excellence, such forum would be too hot for them to partake in.

For some time now there have been accusations of financial impropriety against the present Lagos State government. Each time we got such information we expected denials from the accused. No response is
usually given to these allegations by the state government or its agents. This smacks of arrogance in governance but it seems our government cares less about what we, the people, think about how well
or otherwise we are governed. When we approached the state legislature that has the power of oversight on the alleged executive, they claimed the judiciary has restrained them from finding out the truth of the
matter. Even when we approached the anti-graft agencies that have enabling legislation to ascertain the true position of the allegations, all we get is promises of diligent work. Those we entrusted with the reins of government seem to believe that they have all the power, influence and think that they don't owe us any
explanation about their stewardship. They seem to have convinced themselves that, even when there are supposed to be equality of all citizens before the law, those in government are more equal than the
people who elect them. We at the Coalition Against Corrupt Leaders (CACOL) in collaboration with People's Action for Democracy (PAD) think they are wrong, dead wrong!

Meanwhile there have been torrents of further allegations where mum have been the answer Lagosians get from their government. If the hands of the governor and his crew that are running the affairs of Lagos
state are clean, wouldn't they have addressed the issues raised by various groups and news media in a State of the State address. However, instead of the learned gentleman at the helm of Lagos State affairs who is also the Chief Accounting Officer to confirm or deny the allegations he got a former civil society activist and a human rights lawyer to challenge in a state court, the propriety of the state's House of Assembly to investigate the allegations. Of course they got a judgment stopping the House from querying neither the governor nor his government over the allegations. Why must the government obtain a judgment to stop the examination of its financial transactions by a statutory arm of the same government if there nothing to hide? We even learnt that all civil servants and political appointees in Lagos State have been forced to take an Oath of Secrecy. What kind of democracy is that that abhors transparency and accountability if not corruption-bearing one?!

Although we believe that there are usually two sides to an argument, we become helpless to continue in dwelling on such belief once a party to the argument refuses to state or defend its own side. And silence,
which sometimes could be golden, could equally mean admittance of guilt if it offers no clue to an allegation. Coincidentally by the example of the judgment stopping the Lagos House of Assembly looking into the effectiveness or otherwise of the implementation of the state's appropriation law which it passed, we believe that there is no longer separation of powers between the three arms of government in the state. We can therefore conclude that we can no longer rely on the principles of checks and balances which should ordinarily allow the legislature to oversight the affairs of the other arms of government and the judiciary interprets the law to moderate their operations and interactions.

We therefore have no option than to throw the issues open to Lagosians who are the sufferers of the jeopardy arising from the strange democratic practice operative in their state. It is against this backdrop that we published the summary of the allegations and a questionnaire on the state and situation of Lagos with a view to
securing responses from members of the Lagos Public to assess, accentuate or debunk them based on their individual or collective experiences. This will help douse the embers of doubts and suspicion beclouding discourse of public expenditure management in Lagos state in recent times.

Meanwhile the outcome we get from the assessment of the state of our state at the LOP sitting confirmed our hypotheses.  For example it was confirmed that since 2007 to date, governance in Lagos State is based
on conjectures rather than reality. There is no empirical evidence on the ground to confirm diligence budgetary implementation neither is there to show that the actual needs of the people are put into consideration when policies are formulated and implemented. Governance has been full of charade with celebration of  non-performing projects that doesn't improve the socio-economic wellbeing in the state and the people in general. The forum accentuated it that 90% of Lagos roads are at various levels of disrepair as they cave-in, flood, ridden with bumps, craters and potholes; schools buildings are leaky, lacking in necessary facilities, equipment and materials; hospitals are without necessary equipments, drugs and well-motivated personnel etc

We have created structures in all Local Government and Local Council Development Areas in the state for the purpose of follow-up activities and actions. They are currently administering questionnaires on budgetary and policy implementation issues. The findings will be synthesized and published in whatever news media that can accept what we offer. We shall also condense it into a pamphlet and distribute as much as we can muster capacity to. But we assure that every one of you in the media would get a copy which you would be free to reproduce for wider circulation. We would therefore solicit everybody for maximum cooperation in this endeavour by donating money, time, materials, equipment, expertise etc to ensure we succeed in this onerous task of making Lagos State the true Centre of Excellence, even a shining example in the practice of  democracy.

Thank you all for your attention.

Debo Adeniran
For: Coalition Against Corrupt Leaders (CACOL)
Posted by PublicInformationProjects at 10:05 No comments: