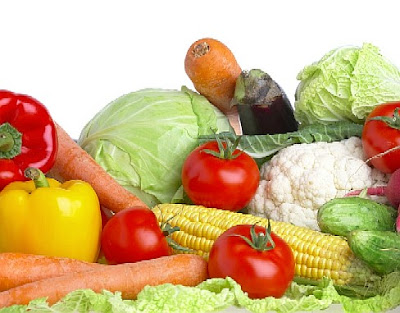 An index compiled monthly by the United Nations surpassed its previous monthly high – June 2008 – in December to reach the highest level since records began in 1990. Published by the Rome-based Food and Agriculture Organisation (FAO), the index tracks the prices of a basket of cereals, oilseeds, dairy, meat and sugar, and has risen for six consecutive months.
Abdolreza Abbassian, FAO economist, told the Guardian: "We are entering a danger territory." But he stressed that the situation was not yet as bad as 2008.

Sugar and meat prices are at record levels, while cereal prices are back at the levels last seen in 2008, when riots in Haiti killed four people and riots in Cameroon left 40 dead.
Abbassian warned prices could rise higher still, amid fears of droughts in Argentina and floods in Australia and cold weather killing plants in the northern hemisphere.

"There is still room for prices to go up much higher, if for example the dry conditions in Argentina tend to become a drought, and if we start having problems with winterkill in the northern hemisphere for the wheat crops," Abbassian said.
Prices have been rising steadily but Abbassian said that by now he had been expecting food prices to start to fall because many poorer countries had good harvests last year.

But this has not happened after unpredictable weather caused a poor wheat crop in Russia. Last year European wheat prices doubled, US corn prices rose more than 50% and US soybean prices jumped more than 30%.

The current floods in Australia have the potential to affect prices for commodities such as sugar and cane growers are warning of production problems for up to three years. Wheat supplies are expected to be affected – Australia is the fourth-largest wheat exporter – and the country is also the largest exporter of coking coal, production of which is also being affected by the floods.
At the same time demand from emerging countries such as China and India has been strong.

Abbassian played down concern that the rising food prices could cause fresh riots, as happened two years ago when the price of cereals was largely the cause of the problem, along with a dramatic spike in the price of oil. He noted that another rise in the oil price – currently around $95 a barrel – could exacerbate the problem. While oil is rising in price, and forecasters are suggesting it could hit $100, it is still well below the $145 peak it reached in July 2008 on a wave of buying by international speculators.

The FAO food index hit 215 points last month, up from 206 in November, to break the 213.5 registered in June 2008. It shows a dramatic rise in prices for food in a decade. In 2000 the index stood at 90 and did not break through 100 until 2004.
Economists are on guard for spikes in inflation around the world that might force up interest rates, which in the developed world are at historically low levels as a result of the banking crisis.

Julian Jessop, chief international economist at Capital Economics, said: "The upward pressure on inflation this year from the recent surge in the cost of agricultural commodities will be much greater than that from the pick-up in oil prices".

Jessop said the price of oil was rising largely as result of demand caused by a rebound in global industrial activity. "In contrast, the surge in agricultural food prices is largely a consequence of supply shocks, such as droughts in major wheat producing countries. These have been compounded by speculative pressures."

From: guardian.co.uk
Posted by PublicInformationProjects at 00:27 No comments: