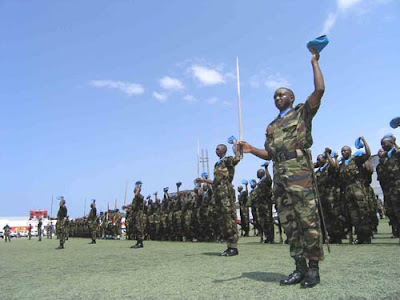 Songs of sorrow,
Shouts of solidarity,
The bugle bellows.
Clump,
Clump
And clump
Of shiny jackboots
On collapsing cenotaph
Of soldiers unknown. 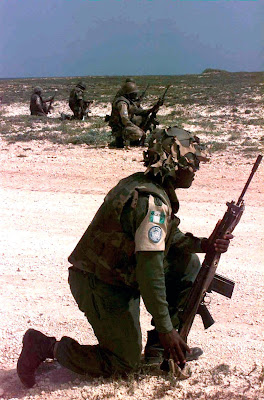 Frames stiffen
In starched attires,
Hands raised
In half-hearted salutes
To brave heroes
Battered in battles,
To heroes fallen.
Graves
Are now graced by grasses,
The body of the battered
Battle with bandages,
They beg for bread. 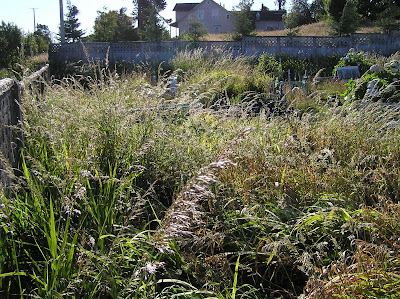 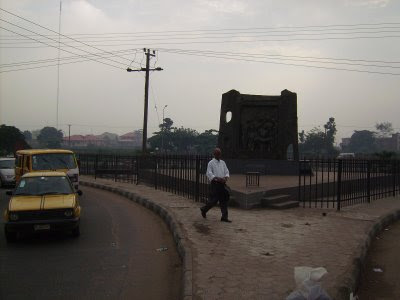 Shouts of solidarity,
The bugle bellows again.
Clump,
Clump
And clump.
Salutes,
Siren.
Solidarity
And sorrow
Suspended.
(Chidi Anthony Opara is the Publisher/Editor-In-Chief of chidi opara reports)
Posted by PublicInformationProjects at 08:27 No comments: 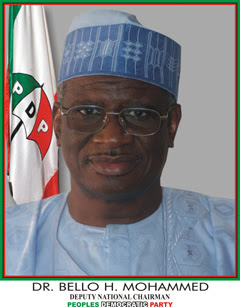 The motion for the adoption, according to a chidi opara reports' network member who monitored the event live, was moved at about 7.38pm by the party's national legal adviser, Chief Olusola Oke. The motion was unanimously adopted through a voice vote.

Dr. Bello Haliru Mohammed was born in Birnin Kebbi, Kebbi State on October 9th,1945 . After completing his secondary school at the famous Government College (Now Barewa College) Zaria in 1966, he proceeded to Ahmadu Bello University, Zaria to study veterinary medicine. Before venturing into politics, he was a lecturer at the Ahmadu Bello University(ABU) Zaria, Commissioner for Agriculture and later Commissioner for Education in the then Sokoto State between 1977 and 1979.
Dr. Mohammed later joined the Nigeria Customs Service(NCS) in 1988 and rose to the rank of Comptroller General. He retired in 1995.
He was Minister of Communications of the Federal Republic of Nigeria from 2001 to 2003.
He was elected National Vice Chairman of the PDP, North West Zone. In March 2008,  and later the Deputy National Chairman.
He is married with children.

Posted by PublicInformationProjects at 01:26 No comments: