News Release: Buhari To Commonwealth; "Democracy Is Being Stretched Before Elections"

The Presidential candidate of the Congress for Progressive Change(CPC), General Muhammadu Buhari have called on the Commonwealth to lean hard on the incumbent government in Nigeria to stop abuse of power in the build up to April elections, as it is bound to foul the conducive atmosphere needed for credible polls.


Gen.Buhari made the call at a meeting with Deputy Secretary General of the Commonwealth, Mrs Masire Nwanba in Abuja Wednesday Morning as part of the group's consultations with stakeholders ahead of the elections.


The front line runner specifically referred to the detention of the CPC governorship candidate in Nassarawa state,Alhaji Umaru Tanko Al-Makura by the police over alleged heckling of President Goodluck Jonathan campaign train  in the state on Monday:


"Information at our disposal indicates that Al-Makura was not even in Nassarawa on Monday and neither was anybody arrested among the hecklers who claimed to have been sent by him. This arbitrary arrest shows that democracy is already being stretched before the elections".


Gen Buhari who was accompanied by his running mate, Pastor  Tunde Bakare told the Commonwealth Scribe that the background of INEC chairman Prof Attahiru Jega rekindled hope in the ballot box upon his appointment but that some recent developments give cause for concerns about the electoral body:


"There is the scandalous substitution of candidates submitted by our party in some states. How can the electoral agency can revalidate a candidate rejected by us based on inducement of party members with money? Our team of lawyers will challenge that “he said.


He also drew attention to the many hitches that characterized the voter registration exercise, the lack of will to deal with high profile violators of the rules governing the exercise and excessive pandering to the ruling party on breaches of clear provisions of INEC guidelines.


He equally frowned at the situation where adequate remedies have not been made for problematic terrains in the Niger Delta and Mambilla Plateau where elections did not hold in 2007 because materials arrived 24 hours after the elections.


He however praised the people for the keen interest they have shown in the electoral process:
"The awareness is higher today and even the elites are getting involved because they realize the effects a rigged election could have on the system. Kano started it in 2003,Bauchi and Lagos followed suit in 2007 and it is clear a countrywide mood for mandate defense is gathering".


He further called on the Commonwealth to ensure it does the needful to monitor all the electoral processes recalling that part of the evidence used to get the Supreme Court to split in two halves over the 2007 elections before the casting vote of the chief Justice was the report of the International Observers.

He concluded that the April polls are critical to the future of Nigeria and the rest of the world must assist the people of Nigeria to have their electoral will asserted.


Earlier, Mrs Masire Mwanba had explained that her team was in Nigeria to hold a listening brief and assess the processes leading to the elections as election day alone does not give all the flavors.

Yinka Odumakin
Spokesman to Buhari
Posted by PublicInformationProjects at 09:22 No comments: 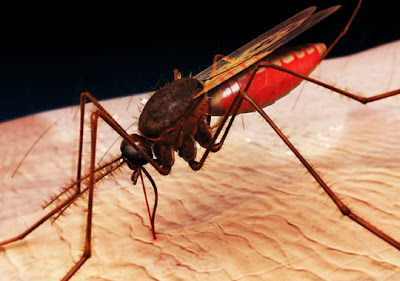 Scientists have discovered a new type of mosquito in Africa unlike any documented before and say it could further complicate the fight to control malaria.

Scientists from France who collected mosquitoes from ponds near villages in Burkina Faso say they identified a subtype of the Anopheles gambiae mosquito that is highly susceptible to infection with the malaria parasite, likes to rest outside, not indoors, and can therefore evade most current control measures.

"They are very susceptible to the human malaria parasite, we know they belong to a species that has an exquisite preference for human blood, and we know they are abundant in the population," said Ken Vernick, who discovered the mosquito with colleagues at the Unit of Hosts, Vectors and Pathogens at the French National Center for Scientific Research in Paris.

Vernick said the researchers were not yet able to quantify how much malaria transmission this new mosquito subtype is responsible for, but they feared it might be a major factor.

"What we can say is that it's unlikely they're harmless," he said in a telephone interview.

Malaria is an infectious disease spread by mosquitoes that threatens up to half the world's population. Most of its victims are children under five in poor countries in sub-Saharan Africa.

The World Health Organization’s (WHO) latest malaria report found that some progress against the disease has been made over the past decade, with deaths estimated to have dropped to 781,000 in 2009 from nearly a million in 2000.

"Never-Ending Battle"
In a study in the journal Science, the French team said the newly-identified mosquito, nicknamed Goundry after one of the villages near where it was discovered, was unlike any that has turned up in collections before.
This is probably because nearly all mosquitoes collected for research in the past have been taken from inside human dwellings, they said, where the insects are easier to catch.

"A few scattered studies over the years have suggested that the vector population was not just indoors, but that there was more to the story," Vernick said, which was why his team decided to collect mosquitoes from outside and study them more closely.

Having found the new subtype, the team grew new generations of it in the laboratory and found that it was significantly more susceptible to the malaria parasite than recorded indoor types.

This suggests the Goundry may be quite young in evolutionary terms, Vernick said, and may even have evolved as an outdoor subtype as a way of resisting indoor control measures such as spraying insecticides or encouraging people to sleep under insecticide-treated mosquito nets.

The WHO, which has called for faster research and development of new anti-malarial drugs, said late last year that the international community could stop malaria deaths by 2015 if it put in massive levels of investment.

But Vernick said discoveries such as this one added to what he called the "never-ending battle" against the disease.

Credit: Reuters
Posted by PublicInformationProjects at 08:36 No comments:

Risk analysis and mapping firm Maplecroft has released an in-depth Country Report on Egypt. The report is specifically aimed at companies with interests in Egypt and can be adjusted to cover any specific sector or industry. It is regularly updated to include recent developments and the shifting spectrum of operational, strategic and associated reputation risks.

The briefing below provides a snapshot of the analysis available in the report, which will cover political violence and conflict, the governance framework, corruption, the regulatory and business environment, the environment, energy and natural resources, and human rights.

Click Here To Read Report
Posted by PublicInformationProjects at 00:44 No comments: