News Release: Buhari’s Party Declares Week Of Prayers Ahead Of Campaign Flag Off

As plans for the flag off of the Presidential campaigns of Gen. Muhammadu Buhari are being concluded, the Congress for Progressive Change (CPC) family has declared a week of fasting and prayers for a successful campaign exercise across the length and breadth of Nigeria.The round of prayers, which started on Monday 14th February, will be rounded off with prayers in mosques on Friday and churches on Sunday.

The high points of the prayers include thanking God for the mercies He has shown to Buhari and his associates all these years of political battles and the successful transformation of a political movement into a party.
Prayers are also to be offered for God's protection over Gen. Buhari, his family, all candidates running on his platform, his supporters all over the country and Nigeria in general; just as there will be supplications for strength during the campaigns and wisdom to give Nigeria leadership and direction which the nation is in dire need of at this critical juncture.
The campaign programme, which promises the kind of excitement never seen in recent time, is to be unfolded at the end of the prayer sessions.
YinkaOdumakin.
Spokesman to General Buhari
Posted by PublicInformationProjects at 08:28 No comments:

Information released by the Oparan'aku family indicates that the ceremony will start with a church service at Saint Charles Roman Catholic Church, Amala Avuvu from 10.00am to 12 noon. Thereafter, the family will entertain well wishers at the Oparan'aku ancestral home in Umude, Amala Avuvu.

Mrs. Catherine Ngam Opara, an active member of Catholic Women Organization during her lifetime and the Nigerian Peoples Party(NPP) woman leader for Avuvu from 1979 to 1983, died peacefully on Saturday 23rd January, 2010 and was buried on Friday 19th February, 2010, she was aged 78years. She was survived by three sons, a daughter, grandchildren and numerous relations.

The Oparan'aku family invites well wishers wherever they may be to join them in celebrating their departed matriarch.

Chidi Anthony Opara(Son)
For the family
Posted by PublicInformationProjects at 01:25 No comments: 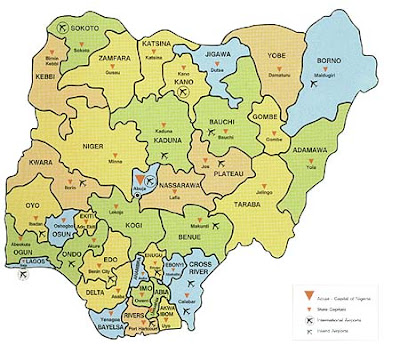 Posted by PublicInformationProjects at 00:56 No comments: