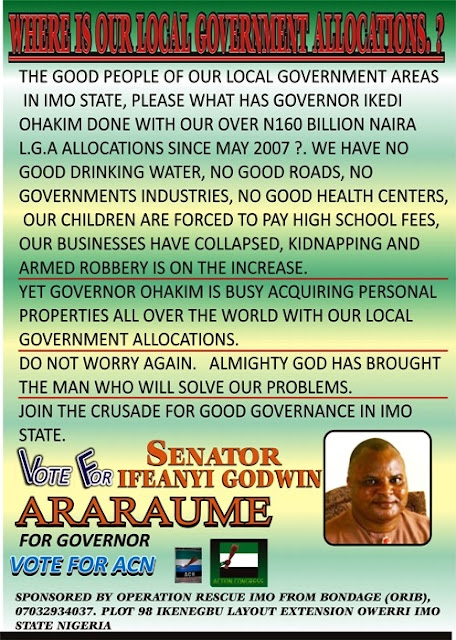 Posted by PublicInformationProjects at 06:26 No comments: 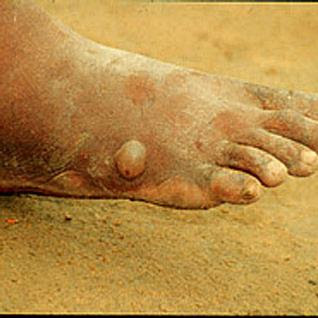 Nigeria has halted transmission of Guinea worm disease, bringing closer the moment when a disease is eradicated from the planet for just the second time in history, former U.S. President Jimmy Carter said on Thursday.

Just 1,800 cases of the painful disease remain and 94 percent of those are in South Sudan, which last month voted to secede from Sudan in the aftermath of a long civil war.

Scattered cases have also been found in eastern Mali and western Ethiopia, while Ghana is likely to announce soon that that it has halted transmission entirely.

"We have a few years to go yet before we have the last case of Guinea worm on earth," Carter told a news conference at the Carter Center in Atlanta, which has spent $275 million fighting the disease.

There were around 3.5 million cases of Guinea worm in 20 countries in Africa and Asia in 1986 when the former president organized a global effort to eradicate the disease.

Few people die from the parasitic Guinea worm but it is very debilitating with fevers, blisters and extreme pain when the worms emerge from the body. It is spread by drinking unboiled stagnant water containing the larvae.
There are only 85 villages in South Sudan with five or more cases and thousands of people, mainly volunteers, are working to eliminate it, he said.

"I feel now that the prospects for rapid movement to a complete eradication in South Sudan is enhanced by the recent vote and by the ceasefire," Carter said.

Nigeria found its last case of Guinea worm in 2008 and so confident is the government that no more cases exist that it has set a bounty of 10,000 nairas (around $65) for any confirmed cases, said Health Minister Onyebuchi Chukwu.

He, Carter and others including former Nigerian President Yakubu Gowon were speaking before a ceremony at the center to honor Nigeria and its northern neighbor Niger for stopping the spread of the disease.

Transmission could be halted globally by the end of 2012 and by around 2015 the U.N. World Health Organization could declare the disease eradicated, said Donald Hopkins, the center's vice-president for health programs.

A global vaccination effort eradicated the smallpox virus in 1979, but one unusual feature of the Guinea worm campaign was that it was led not by a government or a United Nations body but by a non-governmental organization, Hopkins told Reuters.

Credit: Reuters
Posted by PublicInformationProjects at 00:17 No comments: