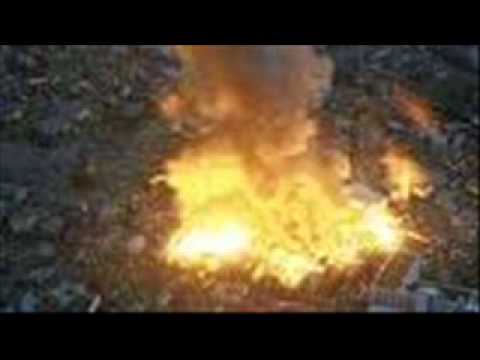 A second blast on Monday rocked the quake-stricken nuclear plant in Japan where authorities have been working desperately to avert a meltdown.

Japan's biggest recorded earthquake has knocked out back-up cooling at several stricken reactors at a nuclear power plant in Fukushima prefecture north of Tokyo, causing a build-up of heat and pressure.

Happenings in the nuclear reactors?:
* The core of a nuclear reactor consists of a series of zirconium metal pipes or rods containing pellets of uranium fuel bundled into what engineers call fuel assemblies.

* Water is pumped between the pipes to keep them cool and create steam to drive an electricity-generating turbine.

* Back-up cooling has struggled at various times over the past three days at reactor units 1, 2 and 3 at the Fukushima plant.

* In the normal running of a reactor, high-energy neutrons from the uranium fuel bash atoms and break them into pieces in a chain reaction which creates heat, new radioactive elements such as strontium and caesium, and new neutrons which continue the process.

* The chain reaction halted within a few seconds of the earthquake at all the nuclear reactors in Japan, including those worst affected, as they automatically shut down: control rods made of boron were inserted into the fuel, absorbing the neutrons.

* However the natural decay of the radioactive materials in the reactor core continues to produce heat, called decay heat, which falls to a quarter of its original level in the first hour, and then disappears more slowly.

* Normally that heat is removed by coolant pumps whose back-up power supply was knocked out by the earthquake, tsunami or both at the Fukushima plant.

* Emergency workers are trying to cool the inner reactor cores and remove this decay heat by pumping seawater inside. They have added boric acid to the seawater to try and further halt nuclear reactions in a "belt and braces" measure.

* It is important to cool the reactor cores because even though the chain reactions have stopped, there is still enough heat to melt the metal sheaths surrounding the uranium fuel. If these are hot enough they react chemically with the surrounding water, producing an explosive gas hydrogen.

* It is that hydrogen gas which has caused the two explosions at the Fukushima plant, at unit 1 on Saturday and reactor unit 3 on Monday, experts and authorities say.

* Engineers have tried to vent the hydrogen into the atmosphere, which has also contributed to some local radiation because the gas contained small amounts of radioactive particles.

* The core of the reactor is inside a thick steel container called a reactor vessel, and around that there is a concrete containment shield. Around the whole there is a more open building with quite a thin covering not intended to be structurally important.

* The hydrogen explosions only damaged the outer building, which collapsed, not the inner shells, say authorities.

* If an inner reactor vessel were breached that would raise radiation levels. But there is no longer enough heat to blow these apart, experts say.

* The worst remaining risk is that the core melts, which would make it much more difficult and perhaps impossible to remove the fuel, which is what happened at Three Mile Island in Pennsylvania in 1979. The site would have to be sealed permanently.

* Chernobyl in 1986 was a different situation where the control rods failed to control the fission chain reaction, leading to blasts which blew the reactor apart, releasing radiation which contaminated Ukraine and Europe in the world's worst civil nuclear disaster.

Credit: Reuters
Posted by PublicInformationProjects at 09:06 No comments:

News Release: MEND To Begin Bombing Of Strategic Locations All Over Nigeria

The Movement for the Emancipation of the Niger Delta (M.E.N.D) will soon commence  simultaneous bomb blasts and attacks on oil installations in the Niger Delta and other strategic locations in Abuja and Lagos states of Nigeria.
Due to our commitment to avert avoidable loss of lives, advance warnings for immediate evacuation as previously will be issued and a final warning thirty (30) minutes prior to the blasts, after which will follow a statement of claim in line with our modus operandi.
The Movement for the Emancipation of the Niger Delta (M.E.N.D) advises the general public in the strongest of terms, to stay clear from all political gatherings or meetings of any sort.
It should be recalled in our last Independence Day bomb blast that it was due to the callousness of the Nigerian security services and ignorance of the general public that led to the fatality.
Again, anyone who chooses to ignore this warning does so at their own peril as the aftermath of these blasts will be catastrophic.
The government of Goodluck Jonathan has shown its unwillingness to address the key issues of the Niger Delta but chosen instead, to continue doling out bribes to thugs and plunder the resources of the Niger Delta into his presidential campaign while deceiving the world and Nigerians that there is peace in the Niger Delta.
Our revolution like our brothers in Northern Africa will start with the crippling of the Nigerian oil industry to flush out all Western oil companies operating in the Niger Delta region and the simultaneous bomb blasts never anticipated in the history of this country.
The Movement for the Emancipation of the Niger Delta salutes the courage and dedication of its fighters who have against all odds persisted in the fight for justice.
Jomo Gbomo
Posted by PublicInformationProjects at 01:24 No comments: