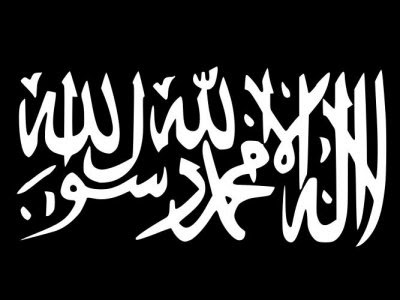 (Text translated from Arabic by Reuters)
"Congratulations to the Islamic nation on the martyrdom of its good son Osama after a life full of effort and work, determination and patience, incitement and holy struggle, generosity and giving, emigration and travel, advice and good preparation, wisdom and experience...
"That the Americans were able to kill Osama is not shameful to us. Where else do men and heroes die except on the battlefield? Every end is predestined. But can the Americans with their media, agents, machinery, soldiers, intelligence and equipment kill what Sheikh Osama lived and fought for? Never, never. Sheikh Osama did not build an organization that will die with his death and leave with his departure..."
"The nation that gave birth to Osama is a fertile nation. Many more men and heroes like him will come, who will enjoy sacrifice and find patience sweet, who will make the life of their enemies bitter and open to them the doors of hell or lead them to heaven in shackles...
"We assert that the blood of the mujahid Sheikh Osama bin Laden, may God have mercy on him, is too precious to us and to every Muslim to be wasted in vain. And it will remain, with permission from God Almighty, a curse that haunts the Americans and their collaborators and pursues them outside and inside their country, and that soon, with God's help, their joy will turn to sorrow and their tears will mix with blood, and we will realize Sheikh Osama's oath: America, and those who live in America, will not enjoy security until our people in Palestine do. The soldiers of Islam, together or as individuals, will continue to plot tirelessly and without desperation ... until they are struck with a calamity that will make the hair of children turn white."
"The sheikh refused to depart from this world without sharing with his Islamic nation its joy over its revolutions in the face of the oppressors. A week before his killing, he recorded a voice message of congratulations and advice which we will publish soon, God willing."
"We warn the Americans not to harm the corpse of the sheikh or expose it or any member of his family, whether alive or dead, to any indecent treatment and to deliver (all) the corpses to their families. Any mistreatment will open multiple doors of evil against you, and you should blame no-one but yourselves. We call upon all Muslims to do their duty in imposing the truth."
Credit: Reuters
Posted by PublicInformationProjects at 03:50 No comments:

Posted by PublicInformationProjects at 03:25 No comments: