The United States Consulate in Lagos has announced New Tools, New Governance, and a Town Hall with Young Nigerian Leaders to discuss the use of technology during the 2011 elections and to monitor governance and accountability after the elections. The town hall meeting, which holds on Thursday, June 16, is presented by development firm, The Future Project.
“Following the elections where young Nigerians were part of a successful movement to engage the process using technology tools including ReVoDa, ReclaimNaija, Facebook, Twitter and the successful RSVP (Register.Select.Vote.Protect) campaign,” said a statement from the Consulate, “we believe there is no time such as now to point the young population towards the direction of sustaining good governance and public accountability using these tools for citizen engagement.”

The town hall meeting between the US Consulate General and young Nigerian leaders, icons and influencers, is themed New Tools, New Governance - focusing on election and post election engagement for young Nigerians to build a strong democratic society and drive a true government of and by the people. It will feature a Keynote Address by the Consular General in Lagos, Joseph D. Stafford, presentations by developers of Nigeria-centric election participation tools and interactive sessions.
“We are happy to be a part of this project, and it is in line with our work for 6-years now to open channels of engagement, communication and learning between young Nigerians and young Nigerian leaders and institutions and structures that can drive positive change for our country,” said Chude Jideonwo, who is Managing Partner of The Future Project. “The time is now, more than ever, for Active Citizenship that will ensure that governments are put on their toes to deliver the sustainable development that Nigerians voted for in April.”
The by-invitation-only event will hold in the officers of the US Public Affairs Section in Lagos.
The Future Project (TFP) is a social enterprise/change communications firm affiliated to Red Media that is set up based on a strong, practical commitment to human and capital development, especially in Nigeria. It is also committed to using the media (traditional/new) to find effective and innovative ways of addressing social issues.Founded in 2005, it has become one of the most respected private sector-driven development platforms with a history of verifiable impact, including in under-privileged and grassroots communities. It is also organizer of the nation’s most respected youth event, The Future Awards.
Compliments of: The Future Awards
Posted by PublicInformationProjects at 05:28 No comments: 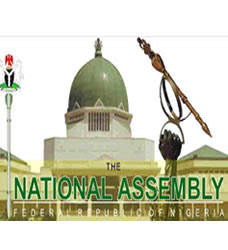 By Kenneth Uwadi
Last week, for writing an article about the quick temper of the Imo State governor, Owelle  Rochas Okorocha and for stating that his hot temper may be his greatest undoing in office, I   got an inbox full  of abusive mails. Some even said that i have started playing politics of hate and distractions. It is not true that I dislike the governor. I am not against the Imo State government led by Chief Okorocha  but had only spoken out against its unpopular policies. I stressed the need for him to pause and ponder before making decisions to avoid mistakes. You see, leadership is a serious affair to be regarded lightly for so many of its impact impinges on the plight and fortunes of many. One way to make the governor stay on track is to keep him on his toes by dragging him to the court of public opinion whenever he makes an irrational decision.
Two weeks ago,In an odd little rhetorical ramble on radio and  television, governor Okorocha announced the suspension of the 10,000 jobs created by the immediate past administration of Ikedi Ohakim and sacked the Chairmen  and Councilors of the 27 LGA’s in  Imo State. Who doesn’t know that the sacking of elected LGA Chairmen is an illegality that cannot stand the test of time? The governor has no right to dismiss elected Chairmen no matter how faulty the process of their election was. Sources say he is about to announce his Stooges as Care takers of the Councils. It is true that he promised to deliver democracy dividends to the people of the state at the shortest possible time and  right  what he described as  the wrongs of the last administration  but blunders don’t cure blunders.
Okorocha once said that he will run a people-oriented government where every decision taken would be anchored on how it would protect lives and property, improve the welfare of the people as well as protect their interest. He also said  that he is going to create jobs  for the people of the state. Is the sacking of workers in the state also a people-oriented programme? The governor must have been expecting a groundswell of public applause when he announced the suspension of the 10,000-job programme of the immediate past administration.It is only a professional sycophant that will feel duty bound to applaud every government decision ,no matter how patently  foolish it may be. To register their displeasure, thousands of workers flooded the streets of Owerri demanding that the governor should relapse on their sack from work.
The governor told the protesting  youths that he had already set up a committee to review the 10,000-job programme, with a view to aligning it with the prevailing realities in the state.Imo youths are hungry  for jobs.The decision to disengage workers from work is foolish and irrational. Setting up committee to review the job offer is also cynical and an indirect way of telling the sacked workers to go to hell. It is a mockery on thousands of Imolites that help the governor to wrestle power out of the hands of Ohakim. It is also a call for violence and chaos. Okorocha should stop playing politics with the future of Imolites. He should stop throwing the state into unnecessary tension.
When Okorocha  was seeking the votes of Ndi-Imo, he went from house to house, he thronged into rooms, not minding the bench on which he sat. He even  went round Owerri on  KEKE NAPEP speaking sweet talks “your lives will change for the  better if you elect me the right candidate“ he said  ‘your chicken and your dogs will be given free education and your farms and shrines will be electrified” he assured. Of what use is the governor’s free education without jobs? All are recognizing that tackling of youth employment is key to poverty reduction, sustainable development, indeed, even stability and peace. I am vehemently opposed to this 10,000 job brouhaha. When you examine the reasons why, I am certain you will agree that this move to disengage workers  is a bad idea and is moving Imo State  in the wrong direction. It is a  contradiction with  the shared believe that Okorocha is on a rescue mission. This state has many challenges. When decisions made and actions  taken directly deflates job creation , the result is always more problems for the citizens
We all know that Okorocha has been a philanthropist of international repute overtime. He owns about five free secondary schools in Nigeria that are spread across Owerri, Ogboko, Kano, Ibadan and Jos. In these schools, children, mostly of poor parents go to school free. The Rochas Foundation sponsors their school fees, supplies them with books, feeding, transportation and accommodation. But  governing Imo State is not Rochas Foundatio, neither is it Baba Sala’s nkwobi and pepper soup join. Okorocha should give the people back their jobs or go tell his rescue mission stories to the birds. Every good government must create  jobs for the people .He should resist the temptation of spending quality time in searching for  scape - goats for whatever he feels  that went wrong  with Imo State in the past . The past is past  and now is now and it is the time for Imo State to move on
(Uwadi writes from Mmahu-Egbema,Imo State,Nigeria)
Posted by PublicInformationProjects at 01:43 No comments: 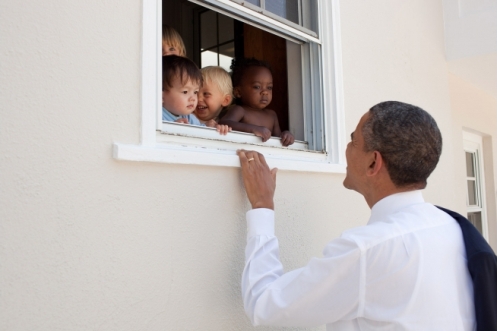 Posted by PublicInformationProjects at 01:24 No comments: