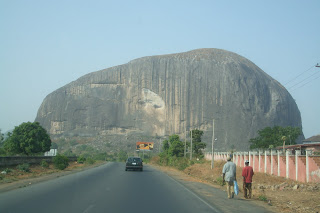 Ministerial lobby groups have poured into Nigeria’s capital city, Abuja, to lobby for appointments.
These lobby groups made up mainly of influential politicians, traditional rulers and religious leaders have taken lodgings in major hotels in the city.
The most visible of the groups are those of immediate past Ministers and ex Peoples Democratic Party(PDP) governors.
Their  visibility is enhanced by their ostentatious life styles. For instance, a Pentecostal pastor who is lobbying for an immediate past Minister from the South-West is always seen riding in a dark green hummer jeep with Presidency number plate and a retinue of expensively dressed male and female aides. Contacts close to him whispered to chidi opera reports that he holds regular meetings with top presidential aides.
A Presidency insider volunteered to us that "the President will likely favour the South-West and North-East in the coming ministerial appointments.”
Checks by chidi opera reports revealed that the Ministries of Petroleum Resources, Finance, Works, Power, Health, Education, Agriculture, Water Resources and Justice are the ones mostly  attracting the interests of majority of the lobby groups. Most immediate past governors and Ministers prefer appointments into these Ministries.
“Our fathers from the far North have been pleading for Agriculture and Water Resources” a PDP top notch informed a chidi opera reports network member at a function in Kaduna last weekend.
The Nigerian constitution makes it mandatory for the President to nominate at least one Minister from each of the thirty-six states of the federation. Nominees must be approved by the upper parliament, the Senate.
Posted by PublicInformationProjects at 11:12 No comments: