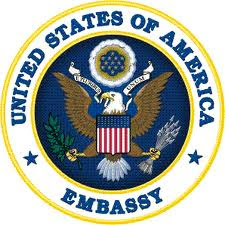 Reported By: TheFutureProject
“Young Nigerians must continue to engage government,” the US Consul-General, Joseph D. Stafford, has said. This was part of his Keynote Remarks at the consulate’s New Tools, New Government town hall meeting with young leaders and icons held at the US Consulate’s Public Affairs Section office in Lagos. The event was presented by leading development firm, The Future Project.
“I was very impressed at the active participation of the Nigerian youth during the 2011 elections,” he said. “Now that the elections are over, it would be productive to see continuous social media engagements. The United States government hails the conduct of the process with young civil engagement organizations, and the activities of frontline organizations like The Future Project.”
The focus was on election and post-election engagement for young Nigerians to work and build a strong democratic society and drive a true government of and by the people.
The meeting covered using Social and New Media to address governance issues and encourage youth to be active citizens, and how various organizations, projects and activities engaged pre-elections, during the elections and post-elections, the impact made and future plans - long and short term.
Presentations were made by EnoughisEnough Nigeria on its RSVP campaign and the ReVoDa mobile election application, 234NEXT.com on its Ushahidi Platform, and the Community Development Foundation on its ReclaimNaija incident reporting website and an overview of election activities by Kayode Nubi, who is Communication Officer with The Future Project. There was also a practical session on how to use the internet to monitor government officials by Samuel Eyitayo, who is Information Resource Director of the Public Affairs Section.
Guests at the event included representatives of LEAP Africa, the Kudirat initiative for Democracy, Smoke Free Foundation, Access Cool Peer Monitoring Project, Tosin Jegde Foundation, amongst others. Also attending was ace comedian Ali Baba, OC Ukeje, Mosunmola Umoru, publisher Familusi Akin Babajide, Tosyn Bucknor, Abiola Aloba, amongst others. There was also a performance by GT da Guitarman and the event was hosted by TV presenter and events compere, Shade Ladipo.
“Social and new media is only a tool and should not be relied upon solely,” said Chuks Ojidoh who made the presentation for ReclaimNaija. “It must be linked with the tradition – or old – media that there must be synergy between the two. More than that, everyone in Nigeria should have a sense of responsibility so that we will all be involved in Nigeria’s governance.”
Added Tina Onufer, who is Public Affairs Officer, "Informed citizens must disseminate information to the larger population responsibly."
The event was managed by Red Media, a leading media and marketing communication firm based in Lagos, and owner of ynaija.com, a range of media brands on television, radio, print and online.
"This event was very instructive for me and very successful," said Bene Uche, who is Senior Cultural Officer with the PAS and who officially kicked off the event. "More importantly though, there is need for continuity and implementing what was discussed here today."
“We are excited by the fact that this conversation has begun,” said Adebola Williams, who is co-founder of Red Media, and who anchored the event’s interactive session which also featured the Consulate’s Tina Onufer. “Young Nigerians played a key role in the last elections, using the innovative social tools that the New and Digital Media provide, and it is important that we define a pathway from there to the future. Nigeria has no choice but to change for good.”
Posted by PublicInformationProjects at 09:46 No comments: