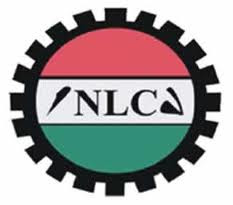 With the long expected review and/or amendment of the National Wage Act, Cap. N61 Laws of federation of Nigeria, 2004 by the both Houses of National Assembly and the congenial signing into law by President Goodluck Jonathan, on 23rd day of March, 2011, it has unambiguously come into effect that Section 1 of the Act is amended in subsection (1) by substituting for the existing subsection (1) a new subsection “(1)”:
“(1) As from the commencement of this Act, it shall be the duty of every employer (except as provided for under the principal Act as amended) to pay a wage not less than the national minimum wage of N18, 000. 00 per month to every worker under his establishment”
By the above provision which takes effect from 23rd March, 2011, the day it was signed into law by the President, the payment of the new minimum wage becomes accruable and is not subject to further negotiation, compromise or wishful thinking of several employers of labour in Nigeria, particularly Nigerian state governors, with the exception of the few that gave indication to pay accordingly.
More worrisome at this precarious period in our national life is the utterances of some State Governors by giving an irritant condition that the minimum wage will only paid upon a review of revenue allocation formula.
It is equally sad to listen to the comment by the Nigerian Governors’ Forum new Chairman, Mr. Rotimi Amaechi, that without a new revenue formula, governors would not be able to pay the N18,000 minimum wage. I regard this comment as very uncharitable and indeed contrary to their electioneering campaign promises of the Governors to increase their workers standard of living by payment of the then proposed minimum wage.
The question in mood of an answer is where were the Nigerian Governors Forum, when the discussion and debates for the minimum wage bill was ongoing and eventually signed into law. The new legal minimum wage of N18, 000 is completely based upon proper consideration of the current revenue allocation formula, the capacity of the economy, the ability of both the private and public employers to pay as well as modest living conditions of a minimum wage earner.
The new wage which is in the exclusive legislative list, was given wide ranging consideration and subjected to debates without shutting out anybody, it is also a product of painstaking two-year negotiation by State Governments, F.C.T. Administration, Organised Private Sector, Small and Medium Enterprises as well as respected views drawn from financial and economic institutions as well as professional sectors.
I submit, the extant N18, 000. 00, a fraction above $100 US Dollars is the greatest disservice to the Nigerian workers, the goose that lays the golden egg, when one considered that as far back as in 80’s workers earned more than $200 per month.
Although, the N18, 000. 00 is a least lawfully allowable height of wage payable to any workers in Nigeria; our executive should feel ashamed to raise their voice against the payment of N18, 000. 00 which cannot purchase a bottle of lowest ranges of Moet & Chandon (Imperial) at their Abuja hotel suites.
Although, the N18, 000. 00 is a least lawfully allowable height of wage payable to any workers in Nigeria; our executive should feel ashamed to raise their voice against the payment of N18, 000. 00 a sum which cannot bring to their table a bottle of lowest ranges of Moet & Chandon (Imperial) at their Abuja hotel suites.
Truth be told; every state in the Federation can afford to pay the minimum wage, considering that these Governors incur huge expenditure in the payment of salaries and allowances of their staff and numerous attendees such as Special Advisers, Senior Special Assistants, Special Assistants, Personal Assistants etc who receive over N200, 000 per month for doing absolutely nothing and this amount clearly overshadowed the wages to the poor civil servants who toil day and night to serve Nigeria.
Furthermore, the debates on the feasibility of payment or otherwise of the National Minimum wage should ceased forthwith since the National Minimum Wage (Amendment) Act, 2011 has made it mandatory for every employers including the State Governors to commence payment from 23rd March 2011.
The payment of the National Minimum wage is therefore mandatory, non-negotiable and not to be contravened as there is a realistic penalty regime for the violation of the payment.
This should therefore serve as a humble advice to any state Governor who intends to disobey or act contrary to the provisions of the national Minimum Wage (Amendment) Act 2011 to either tender their resignation letter or be prepared to face impeachment procedure for violating the law of the land.
I make bold to say that I will not hesitate in taking the liberty of my noble profession to join Nigerian workers in invoking the instrumentality of our law in court against any violators of an extant Act!
It is trite that the law must take its course even if heaven must fall.
“Aluta continua”
Signed
Barr. Kayode Ajulo
Posted by PublicInformationProjects at 10:40 No comments: