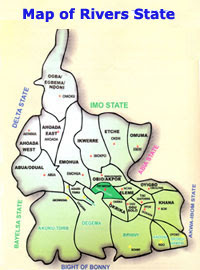 The Rivers State government have hurriedly pulled off from traffic rules enforcement, the military dominated Joint Task Force on Security(JTF), comprising the military, the police and the state security service(SSS), set up by the late Umaru Yar'Adua administration to combat militancy in the oil rich Niger Delta region which includes Rivers state. The initial mandate of  JTF have been expanded.

chidi opara reports last week reported that the Rivers state traffic agency known as TIMARIV have made good its earlier threat to use the military in traffic rules enforcement in the state, especially in the capital city, Port Harcourt, which is known for its traffic gridlocks. The report went further to detail the operations in some strategic locations in the state capital. It is however, not clear if the hurried pull off was as a result of our report. A Rivers state government house insider however revealed to us that "your report was very disturbing". A contact in the headquarters of the Army brigade in Port Harcourt, known as Bori Camp equally revealed that "your report caused a stir".

Governor Chibuike Rotimi Amaechi told local news reporters yesterday that the operation is yet to start. He confirmed the proposed involvement of JTF.

chidi opara reports have however learnt that the nitty-gritty of the operation is being worked out at the moment between the military authorities in Rivers state and the Rivers state government. "The JTF unit to be seconded to TIMARIV may be dominated by the police", a highly placed TIMARIV contact informed one of our network members at the weekend.

The mandate of JTF is constantly being expanded at the request of state governors, to include almost every aspect of law enforcement.
Posted by PublicInformationProjects at 07:31 No comments: 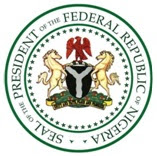