The Presidential Candidate of the Congress for Progressive Change(CPC) and former Head of State, General Muhammadu Buhari, has demanded the immediate release of former FCT minister, Mallam Nasir El-Rufai who was detained by the State Security Service(SSS) Saturday morning.
El-Rufai was arrested at the Nnamdi Azikiwe International Airport upon his arrival from London without being told of the reasons for his arrest and whisked to the SSS Headquarters.
Gen Buhari condemns this brazen act of intimidation, harassment and flagrant violation of citizens right in a democratic atmosphere. "It only shows that there are more people in our country who know how to win by hook and crook than those who know how to make proper use of their 'victory'”, he said.
He added that hounding innocent citizens to detention in less than a month in office while failing to rise to the security challenges facing the nation shows a regime that does not understand what its priorities should be.
He therefore calls for the immediate release of El- Rufai from unjust incarceration by the SSS who can then proceed to prefer whatever charges they have against him in court if he has committed any offence known to the laws of the land. "But to keep him in gaol without any charges will only cast the administration in the mould of a vindictive regime that is launching a wave of political repression because it is jittery”. He concluded.

’Yinka Odumakin.
Spokesman for General Muhammadu Buhari.
Posted by PublicInformationProjects at 06:56 No comments: 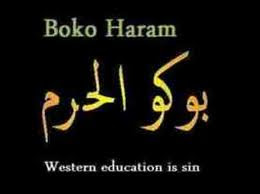 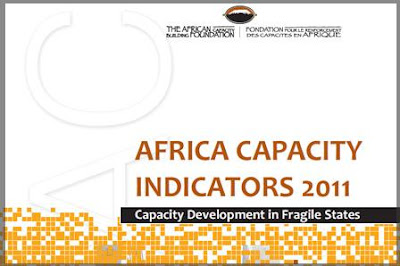 Foreword:
Africa's recent development performance has generated optimistic talk that the Continent will soon join the league of “emerging markets.” While Africa has in fact, over the past decade, achieved significant gains in restoring macroeconomic stability and robust economic growth, thereby breaking with and starting to tackle the economic stagnation, debt crisis and severe poverty of the previous three decades, these  developments are uneven and they need to be sustained.
Key challenges for the Continent are her exposure to external development policies and practices that do not take into consideration the cultural heritage, knowledge systems and institutions of its people, an inability to produce adequate food for its population, which getsworse with global climate change, and political instability and conflict in some countries. This is further accentuated by the limited participation of its people in decision-making, which has resulted in weak governance institutions in many African countries. Inadequate capacity also remains one of the critical missing links to Africa's development. It is therefore common cause that Africa needs to implement more bold economic reforms, build critical infrastructure, improve governance, wealth redistribution and healthcare, and enhance human capital formation through education, research and training.
Africa must shape and take ownership of its development agenda and improve governance to engage all its citizens, in order to attain greater traction toward the achievement of the MDGs by 2015 and sustainable development beyond 2015.

Click Here To Read Report
Posted by PublicInformationProjects at 01:40 No comments: