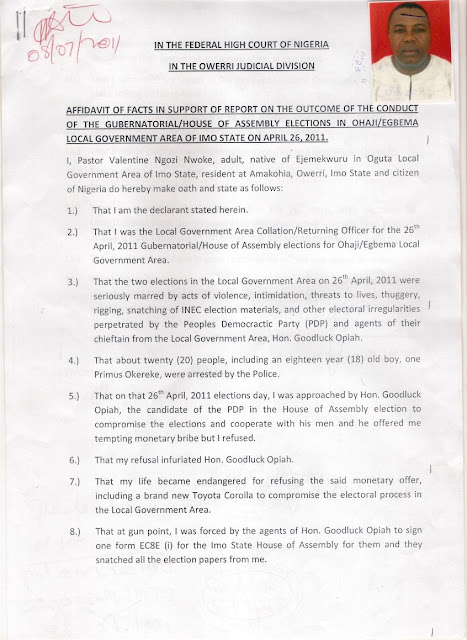 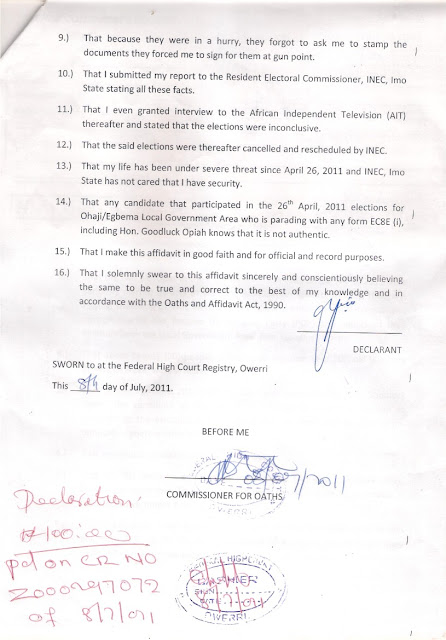 Posted by PublicInformationProjects at 08:25 No comments:

The party's national leadership had in a meeting at the Presidential Villa on Saturday 9th July, 2011, presided over by President Goodluck Jonathan mandated the National Secretary, Mr. Kawu Baraje to resume today as acting National Chairman. Baraje is from the North-Central zone where the Senate President, who is also Chairman of the National Assembly comes from. This decision would be ratified at the party's national convention in November.

The zoning of  National Chairmanship position, chidi opara reports learned, have polarized the party into feuding factions. The South-East faction is reportedly the most aggrieved on account of the fact that it regarded the position as reserved for it in this dispensation. The two immediate past substantive National Chairmen are from the zone. Although the zone produced the Deputy Senate President, the Deputy Speaker of the House of Representatives and Secretary to the Federal Government, the South-East faction have vowed to fight for the position. A group known as PDP Stakeholders' Forum is threatening legal action on behalf of the South-East faction.

Another feuding faction is that of the South-West zone, which missed the Speakership of the House of Representatives zoned to it by the party's national leadership due to "rebellion" in the House. The zone which voted massively for the rival Action Congress of Nigeria(ACN), has no major position yet.

Checks by chidi opara reports revealed that in spite of zoning the National Chairmanship position to the North-East, pockets of factions from the North-West and North-Central zones have eyes on the position.
Posted by PublicInformationProjects at 02:16 No comments: