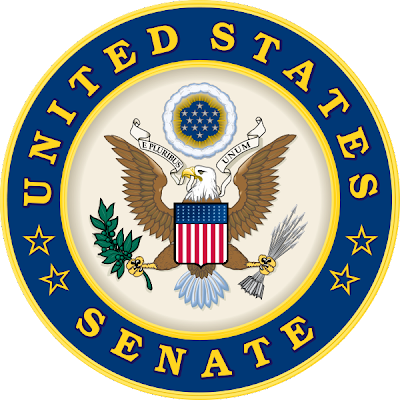 Credit: Reuters
Senate Democratic leader Harry Reid revised his plan to raise the U.S. debt ceiling on Friday with the hopes of winning over Republicans, but prospects for the measure are unclear.
Senate Republican  leader Mitch McConnell offered to bring the measure up for a quick vote on Friday night, but Reid declined -- a sign he probably does not have enough support to win the 60 votes needed to advance in the 100-seat Democratic-led chamber.
That procedural vote is expected to take place at 1 a.m. on Sunday (0500 GMT).
Here is a summary of Reid's latest offer:
Debt-Ceiling Increase:
* Democrats had  hoped to raise the debt ceiling by $2.4 trillion, enough to cover the country's borrowing needs through the November 2012 elections. The new plan would accomplish that in three stages, rather than all at once.
* President Barack Obama would be authorized to raise the debt ceiling by $1.2 trillion -- $416 billion at once to cover borrowing through September, and $784 billion after that.
* Congress could vote against the second debt-limit increase, and Obama would veto that vote, sending it back to Congress. At that point, the increase would take effect unless Congress mustered a two-thirds vote to override the veto. Presumably, Democrats would prevent that from happening.
* Obama could enact a second $1.2 trillion debt-limit increase once the Treasury department got within $150 billion of the current limit. The same process would ensue.
Spending Cuts:
* The bill also includes $2.2 trillion in spending cuts.
* Would not raise taxes or change major benefit programs like Social Security and Medicare.
* Would set up a joint committee to find additional savings in areas like health benefits and the tax code. The committee's findings would get an up-or-down vote in Congress by the end of the year.
* Would cut $752 billion from discretionary programs over 10 years.
* Envisions a discretionary level of $1.045 trillion for the coming fiscal year, $4 billion less than current levels.
* Caps military and security spending for the coming two fiscal years. Republicans have generally resisted cuts to military spending.
* Would count an anticipated $1.044 trillion reduction in war spending as savings. Many Republicans have derided that as "smoke and mirrors" accounting because war spending in Iraq and Afghanistan is expected to decrease anyway.
* Would count $376 billion in savings from reduced interest payments
* Would save $11 billion from reduced crop subsidies.
Posted by PublicInformationProjects at 01:53 No comments:

Credit: BBC News
It is the first time the spiritual leader of Nigeria's Muslims has spoken about the insurgency
The sultan of Sokoto, the spiritual leader of Nigeria's Muslims, has condemned the military crackdown against the Islamist Boko Haram sect.
"We cannot solve violence with violence," Mohamed Sa'ad Abubakar told a meeting of religious leaders.
The Boko Haram, based in the north-eastern city of Maiduguri, says it is fighting for Islamic rule.
It has been behind recent assassinations of prominent figures and a wave of  bombings.
Two years ago, Nigeria's security forces brutally suppressed an uprising by the sect, destroying its compound in Maiduguri - the capital of Borno state - and then capturing and killing its leader Mohammed Yusuf.
Instead  of disappearing, the group, which opposes Western education and is fighting for Islamic rule, re-emerged last September and vowed  to avenge its leader's death.
Last month, it said it had carried out an attack on the headquarters of the Nigerian police in Abuja, which killed at least six people.
But the response of the security forces has led to criticism from rights group and the governor of Borno state.
Correspondents say many residents of Maiduguri are now more scared of the army than they are of Boko Haram.
"That problem can never be solved by drafting soldiers into cities where there is a problem - and in the process innocent lives were lost," said the sultan, who once served as military officer.
It is the first time the sultan has spoken about the Boko Haram insurgency.
Muslim clerics who have criticized the sect have been among those targeted for assassination in drive-by shootings over the past year.
The sultan also said the five policemen who have just gone on trial this month for the killing of Mr Yusuf should not be given bail.
Boko Haram's official name is Jama'atu Ahlis Sunna Lidda'awati wal-Jihad, which in Arabic means "People Committed  to the Propagation of the Prophet's Teachings and Jihad".
But residents of Maiduguri, where it was formed in 2002, dubbed it Boko Haram.
Loosely translated from the local Hausa language, this means Western education is forbidden.
Boko Haram sees such education as corrupting Muslims.
Nigeria - Africa's most populous nation - is split between the predominately Muslim north and largely Christian south.
Posted by PublicInformationProjects at 01:38 2 comments: