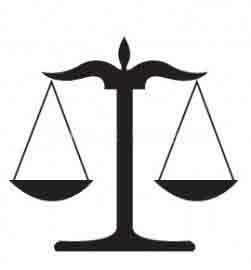 The legal profession in any clime is a noble and honourable profession that society adores. However, recent happenings in Nigeria with regards to the shameful conduct of some members of the bench and their accomplices in the bar is capable of eroding the confidence of the society and may ultimately lead to a state of anarchy if urgent steps are not taken by its practitioners and society at large to correct this observed anomalies.

Recently the Nigerian judiciary was brought to opprobrium by the conduct of the former Chief Justice of Nigeria(CJN) Justice Aloysius Katsina-Alu working in tandem with some conscienceless elements in the National Judicial Council (NJC) to assault the course of justice and their oath of office by suspending and recommending the removal from office of a judicial officer,  President of the Court of Appeal, Justice Ayo Isa Salami for refusing to tender apology for swearing to an oath that the former CJN attempted to induce him to assault justice with regards to the unprecedented anomaly of the Supreme court raping justice with their interference in the Sokoto State Gubernatorial election petition.

When the Supreme Court dismissed the Sokoto State Gubernatorial election petition before the Court of Appeal in utter violations of the constitution and the electoral Act since all election matters terminates at the Court of Appeal, legal pundits and observers were taken aback by this absurdity. we  knew that there was more to this matter than meet the eye and our amazement was further confirmed when Justice Katsina Alu attempted to move Justice Salami to the Supreme Court so that he can consolidate unhindered with his cash and carry justice. Our suspicion as to what could have been responsible for the anti-judiciary ethics of the Supreme court was unearthed when Justice Salami sued the former CJN and the NJC and even swore an oath that Justice Katsina Alu tried to induce him to divert the course of justice in the Sokoto Gubernatorial election petition.

The absurdity being perpetrated in the judiciary by Justice Katsina Alu and the NJC was taken to the height when the NJC that is supposed to be the bastion of justice refused to be served court papers on a suit against it by Justice Ayo Salami only to turn round and come up with a lame excuse when its embarrassment of the third arm of government got to the peak. Even when the NJC accepted the court summons, it still went ahead with its unconstitutionality in contempt of court having been assured of the complicity of President, Goodluck Jonathan in this illegality.

Well, as we speak today, the hatchet job of the former CJN Katsina Alu, NJC and President Goodluck Jonathan in their unconstitutional method of removing Justice Salami from the bench so that they can desecrate the institution at will has been carried out but the onus is now on persons of goodwill to ensure that this jungle justice and return to stone age crudity by the directionless federal government does not stand.

This writer in a previous write-up called on the Nigerian Bar Association (NBA), for posterity sake and as a matter of urgency, to step in to restore the already sagging image of the judiciary after all, Katsina Alu, President Jonathan, NJC and their ilk’s were determined beyond all reasonable doubt to destroy any institution that stood in their way to return Nigeria to a culture of impunity. In hearkening to this patriotic call, the NBA ordered its members to boycott the illegal investiture of SAN’s by the out gone CJN who brought the legal profession to its lowest ebb in history.

However, men and women of goodwill were taken aback when it was reported that the recipients of Senior Advocates of Nigeria(SAN) turned up for the ceremony in disregard of the call by their parent body. This made persons of conscience to wonder whether  these SAN recipients are the Judases of the legal profession. Is the investiture as SAN more important than the legal position itself? If the legal profession is destroyed by Katsina -Alu, NJC and President Goodluck Jonathan, would it be possible for anybody to practice law, more so claim to be a SAN? Can these lawyers in all sincerity still accept to be addressed as “learned” if they can behave this way? These and many other questions are in need of answers from these recipients of SAN.
It is in this regard that the whole world is watching with keen interest to see what disciplinary actions would be meted to these rebels in the legal profession by the NBA to serve as a deterrent to others who are in the Katsina-Alu school of thought. What the lawyers have done in disregarding a legal and rightful order by their parent body is not only a rape on justice but also an assault on the legal profession and ought to be condemned by all lovers of freedom.

(Ekujumi is Executive Chairman, Committee for the Protection of Peoples Mandate (CPPM))
Posted by PublicInformationProjects at 09:23 No comments: