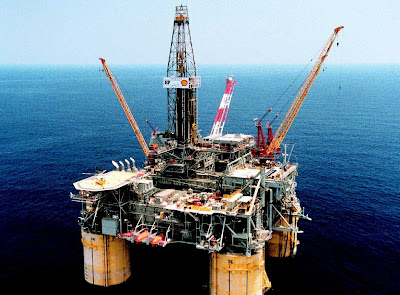 The U.S. jobs report follows a weak manufacturing report from China and concerns that the lingering debt crisis in Europe continues to hold back economic growth there.

Put together, concerns are growing that the global economy is weakening. A weak economy reduces demand for oil and oil products such as diesel, jet fuel, and gasoline because fewer goods are shipped and people travel and commute less.

"We were doomy and gloomy before the jobs report and then the jobs number became the crescendo of  all the bad news," said Phil Flynn, an analyst at PFGBest. "The big story is the global economic slowdown."

Gasoline prices remained high, however. The average retail price for gasoline in the U.S. rose about 2 cents on Friday to $3.647 per gallon according to AAA, Wright Express and Oil Price Information Service. That's the second highest level ever for this time of year. It was a little higher in 2008.

Oil was also pushed down as the dollar rose against the euro and some other currencies. Oil is priced in

dollars and becomes more expensive to buyers with foreign currency, and less attractive, as the dollar get stronger.

Also, a Libyan official said Friday that five foreign oil and gas companies have returned to Libya to resuscitate production choked off by civil war and sanctions.

This encouraged traders that Libyan might begin flowing sooner than hoped, though most expect it to be several months before significant exports resume.

Concerns about the economy, the dollar and increased supply from Libya overwhelmed worries that a storm brewing in the Gulf of Mexico might interrupt oil production and push prices higher.

The storm is a very wet, slow-moving tropical depression that has forced several oil companies to evacuate non-essential personnel from rigs in the region already. Forecasters expect it to develop into a tropical storm later today or Saturday.

"Several days of decreased oil and gas production and major inland flooding are clear concerns with this system," said Bob Haas, Weather Operations Manager and Meteorologist at MDA EarthSat in a report.

Pope Benedict XVI has made an appeal to terror groups to choose dialogue and respect for life, instead of violence.

This appeal was contained in telegrams sent to the United Nations’ Secretary-General, Mr. Ban Ki-Moon, and the Nigerian President, Dr. Goodluck Jonathan.
In the telegrams signed by the Secretary of State of the Vatican, Cardinal Tarcisio Bertone,  Pope Benedict XVI appealed "to those who choose death and violence to embrace, instead, life and respectful dialogue."

The identical telegrams further stated that the Pope "was distressed to learn of the terrorist attack upon the United Nations offices in Abuja and of the terrible loss of life among both local citizens and United Nations' personnel."

The message also said that the Pontiff’s prayers are with those killed, the mourners and the injured. The message advised "courage and strength."

Posted by PublicInformationProjects at 02:48 No comments: